New York Democratic Governor Andrew Cuomo faced questions on Friday about his handling of the COVID-19 pandemic as it pertains to nursing homes, which comes just a day after the state’s attorney general indicated that nursing home deaths in the state were undercounted by approximately 50 percent.

“Your staff is often unapologetically aggressive when it comes to defending your policies, particularly on social media,” a reporter said to Cuomo during a press conference. “But in this case, many of the people who disagree with how this whole situation was handled with the nursing homes have a very personal connection to it. They’ve lost someone in the pandemic tied to a nursing home. So the policy aside—who was right, who was wrong—just as a father, as a son, what would your message be to those families today?”

“What I would say is everyone did the best they could. When I say the State Department of Health, as the report said, the State Department of Health followed federal guidance. So if you think there was a mistake, then go talk to the federal government,” Cuomo responded. “It’s not about pointing fingers of blame. It’s that this became a political football, right? Look, whether a person died in the hospital or died in a nursing home, it’s, the people died. People died.”

“But who cares? 3,328 died in a hospital, died in a nursing home. They died,” Cuomo continued. “And I dealt with the loss of my father. The pain is so incredible. And inexplicable. And why and why and why. It’s a tragedy. It’s a tragedy. And I understand maybe the instinct to blame or to find some relief for the pain that you’re feeling. But it is a tragedy and it’s a tragedy that continues today. I don’t believe, I believe everybody did the best they could. I believe the federal government, CDC, I believe they gave the best guidance they could. I believe they give the best guidance they can today. I believe the State Department of Health, they gave their best guidance and made the best decisions on the facts they had. But doesn’t mean people didn’t die. And it doesn’t mean people won’t die today. And people won’t die tomorrow. And it doesn’t mean that I’m not going to get up here tomorrow or Monday and read a death number on that screen and think about the 100 people who died and then the hundreds of family members who are home crying that day. And that’s going to continue.”

“That is the curse of COVID. Can you protect old people with comorbidities from COVID? Totally? No. No. If we could, it would be over. If it wasn’t over last year, it would have been over by now, right? It’s still not over,” he concluded in answering the question. “So I understand the pain. I understand the search for answers. But it was a tragedy, and I feel the anguish and I feel the pain. And I get the anger. My father died. I wish I had someone to blame. That would have made me feel better, maybe. But they are in my thoughts and prayers. I believe. Why COVID? Why did God do this? I don’t know. I don’t know. But it was cruel. And it was terrible. And it still is. And luckily, I’m blessed with faith. And that helped me in times of pain. But my heart goes out to each and every one. And I feel it personally. And everybody should know it’s not because, and when I do the death numbers on Monday, it’s not because everyone didn’t do everything they could to prevent it.”

Cuomo on nursing home deaths: “Who cares [where they died]? They died!” pic.twitter.com/VECpQNKF2I 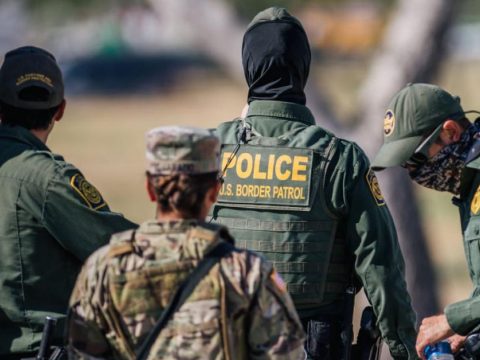