The Senate late Thursday cleared a stopgap bill to fund the government through mid-February, after an 11th-hour agreement led a pocket of conservative Republicans who were prepared to force a shutdown to allow for the measure’s expedited passage.

The bill, which funds the government through Feb. 18, sailed through the chamber 69-28, above the 60 votes needed for passage. It passed the House hours earlier on a 221-212 vote that saw just one member, Illinois Republican Rep. Adam Kinzinger, crossed party lines while several of his GOP colleagues forcefully advocated for a shutdown.

The stopgap measure, which largely continues current funding levels and includes an additional $7 billion to aid Afghan evacuees, now heads to President Joe Biden’s desk with just over a day before a shutdown is set to begin.

While the bill, known as a continuing resolution, went from being introduced in the House to passed by the Senate in less than a day, its fate was uncertain much of Thursday as three Republican senators — Mike Lee of Utah, Roger Marshall of Kansas and Ted Cruz of Texas — vowed to use procedural tactics to shut down the government for as long as a week unless they received a standalone vote on whether to strip funding for President Joe Biden’s vaccine and testing mandate for Americans in the private sector. (RELATED: Republican Objections To Biden’s Vaccine Mandate Could Force Weeklong Government Shutdown)

Sen. Mike Lee in the Capitol Thursday. He insisted on a vote on his amendment that would have stripped funding for President Joe Biden’s vaccine and testing mandates. (Drew Angerer/Getty Images)

Their push, however, frustrated Senate leadership in both parties who aggressively warned against a government shutdown.

“Let’s be clear: If there is a shutdown, it will be a Republican, anti-vaccine shutdown,” Majority Leader Chuck Schumer said on the Senate floor Thursday morning. “I hope cooler heads will prevail on the other side so we can keep the government funded before tomorrow’s deadline,” he later added. (RELATED: Congress Reaches Deal On Stopgap Funding Bill As Shutdown Looms)

Senate Minority Leader Mitch McConnell did not put any blame on his caucus, but like Schumer urged his colleagues to not force a shutdown.

“We are not going to shut the government down,” the Republican leader said. “That makes no sense for anyone. Almost no one on either side thinks it’s a good idea.”

After the House passed the bill, Schumer announced that the standalone vote that the handful of Republicans had insisted upon would occur. Though it required just a simple majority to be adopted, it failed 48-50 on party lines.

While most Democrats and Republicans alike praised the stopgap bill — the second Congress passed in just over two months — for staving off a shutdown, top members of both parties expressed the need to come together and agree on a broader funding bill for the rest of the fiscal year.

“Two months into the fiscal year, we appear no closer to getting an agreement on full-year appropriations bills,” Vermont Democratic Sen. Patrick Leahy, the chair of the Senate Appropriations Committee, said on the floor ahead of the vote. “We’re buying time to complete these negotiations. It’s not a matter of whether or not we should. We have to,” he later added. 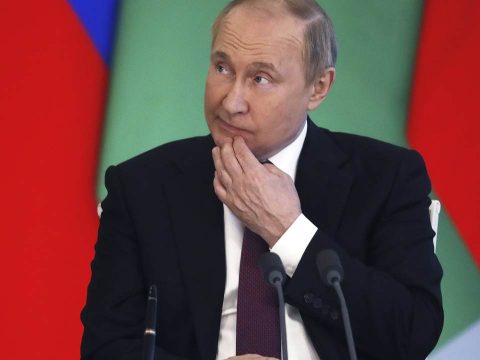 0 43
Victor Davis Hanson: Ukraine With a Whimper or a Bang? 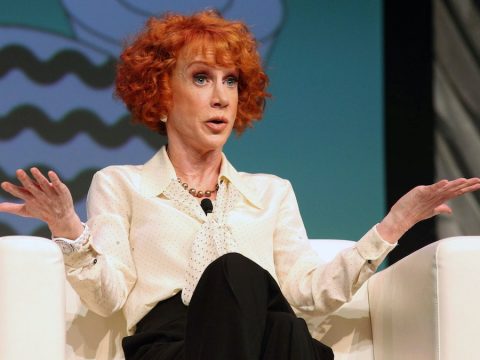