Republican Virginia Gov. Glenn Youngkin filed a motion Wednesday to join a lawsuit against a school district for defying his executive order that overturned mask mandates.

Youngkin, along with Attorney General Jason Miyares and Superintendent of Public Instruction Jillian Balow, filed the complaint, motion for a temporary injunction and motion for a temporary restraining order on behalf of three parents filing suit against the Loudoun County School Board (LSCB). The plaintiffs alleged that the LCSB defied the governor’s executive order allowing parents to opt their children out of wearing a mask in the classroom.

Despite the governor’s order issued in January, several of the board’s schools sent letters to parents Jan. 28 threatening suspension if students refuse to comply with their mask mandate, the motion alleged.

The motion claimed the LCSB “directly interfered” with the rights of parents to decide on whether their child enters school with a face covering and denied the plaintiffs’ children the right to pursue in-person learning. It also alleged the district violated S.B. 1303, which requires all Virginia school boards to require in-person instruction.

“The School Board has ‘directly interfered with the rights of each parent here … to make educational decisions for their children,’ who would ‘attend their respective Loudoun County Public School mask-free if it were not for the [School Board’s] Mandate,’” the motion alleged. “Each of the Plaintiff Parents children has been refused an in-person education after arriving at school without a mask, in accordance with their parents’ wishes and in reliance on EO.”

.@GovernorVA and I are joining Loudoun County parents in their lawsuit against the School Board for ignoring Executive Order Two & denying an “opt out” option for parents. https://t.co/D7tG3qmYgD

The document said the plaintiff’s have also witnessed “adverse physical and mental health effects” in their children due to long-term mask wearing. (RELATED: Northern Virginia School Districts Go To War With Youngkin Over Repeal Of Mask Mandates)

It argued that the governor has both a “statutory right and duty” to protect Virginia parents’ rights to make choices about their children within the educational system. Youngkin’s executive order was a “necessary measure” in ensuring the “health and safety” of students, it also argued.

“The Governor has concluded that EO 2 is a necessary measure to protect public health, safety, and welfare during the COVID-19 emergency, in particular the the health and safety of children,” the motion said. “He brings this suit to protect the health and safety of all Virginians. He also brings this suit to protect the fundamental right of every Virginia child to an education and the fundamental right ‘of parents and guardians to direct the upbringing and education of [their] children.”‘

After the executive order went into effect Jan. 24, the motion said the LCSB voted to continue enforcing a mask mandate. Stone Bridge High School, a school in Loudoun County, suspended an 11th grader for 10 days for failing to comply with the mask mandate, according to documentation obtained by the Daily Caller.

Seven Virginia school districts sued over Youngkin’s executive order, arguing in a Jan. 24 joint statement that it is unconstitutional and opens a safety hazard for students. They further argued the state constitution gives school districts the authority to independently make decisions that they see fit. 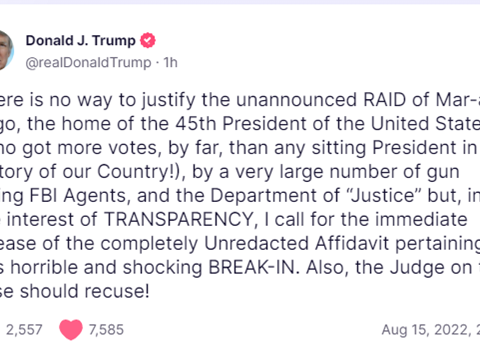 0 20
Traffickers At U.S.-Mexico Border Earned As Much As $14M A Day Last Month: Report