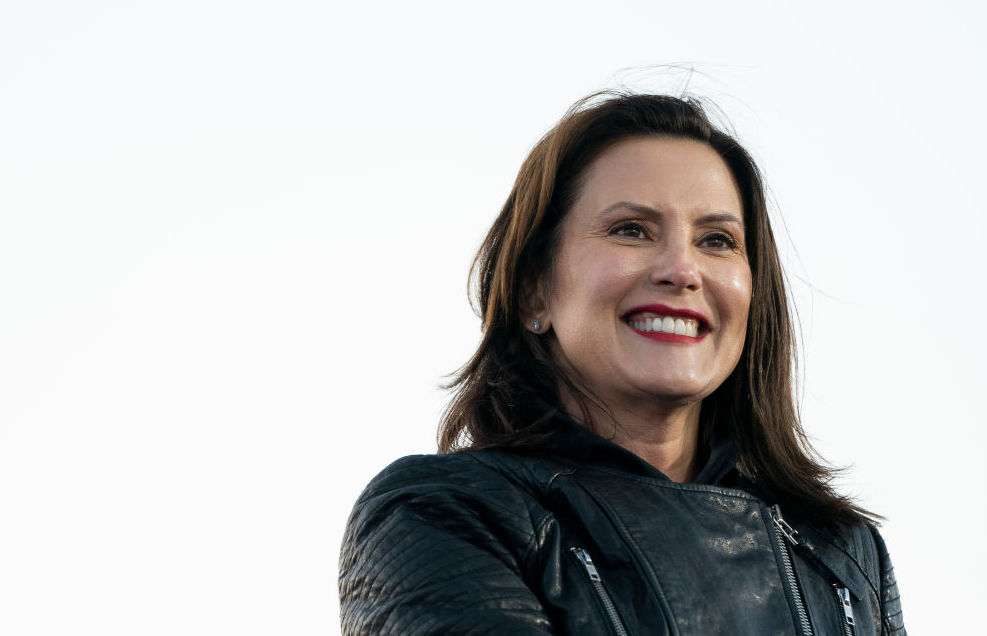 “In the face of backlash and threats, @GovWhitmer invoked emergency powers to contain the spread of the virus, issuing early, controversial orders to close schools and businesses, mandate mask wearing, and ban large gatherings, among other measures to keep people safe,” the library tweeted Wednesday.

In the face of backlash and threats, @GovWhitmer invoked emergency powers to contain the spread of the virus, issuing early, controversial orders to close schools and businesses, mandate mask wearing, and ban large gatherings, among other measures to keep people safe. pic.twitter.com/lTfcx7i5hQ

Whitmer was one of seven honorees, though she was the only politician honored. Jack Schlossberg, who will join his mother Caroline Kennedy on May 26 to present the awards, said, “These heroes went above and beyond for their community and our country, and remind us that we all can make a difference if we answer the call to serve.”

Ted Goodman, who is the the communications director for the Michigan Republican Party, blasted Whitmer in a statement: “Michigan has the highest COVID-19 numbers in the country because of Whitmer’s failed pandemic response. Thousands of small businesses shut down, hundreds of thousands of children lost out on a proper education, and millions of Michiganders had their livelihoods upended — not because of COVID — but because of Whitmer’s response.”

Whitmer has faced backlash for what some have claimed is hypocrisy regarding her COVID-19 response. Most recently, she was caught allegedly making false statements by claiming she had followed her own guidance by staying in Michigan despite traveling to Florida, supposedly to visit her father.

“The issue is not that Gov. Whitmer visited her father, it’s that she lied about it and continues to hide key facts,” Goodman said at the time. “It’s also hypocritical as Michiganders were denied the same opportunity through her rules that locked people from visiting their loved ones in hospitals and nursing homes.”

Another recent recipient of a courage award from the JFK Library was Sen. Mitt Romney (R-UT) after he voted to impeach former President Donald Trump. As The Daily Wire reported:

Sen. Mitt Romney (R-UT) was chosen to receive the 2021 John F. Kennedy Presidential Library’s Profile in Courage Award for having been the only Republican to vote in favor of convicting former President Donald Trump during his first impeachment trial.

“The 2021 Profile in Courage Award goes to Senator Mitt Romney for his vote to convict President Donald J. Trump in 2020, and his consistent and courageous defense of democracy,” the JFK Library said. “As the first Senator to have ever voted to convict a President of his own party, Senator Romney’s courageous stand was historic. Despite facing unrelenting criticism and public antagonism following this vote, along with threats to his physical safety and demands that he be censured or expelled from the Republican party, Romney has continued to courageously defend the fundamental principles of democratic governance.”

“Senator Romney’s commitment to our Constitution makes him a worthy successor to the Senators who inspired my father to write Profiles in Courage,” said former Ambassador Caroline Kennedy. “He reminds us that our Democracy depends on the courage, conscience and character of our elected officials.”

0 26
‘All We’ve Gotten Is The Cold Shoulder’: Republican Rep. Reportedly Being Blocked From Congressional Black Caucus 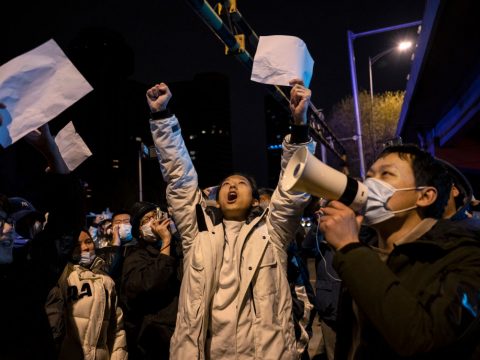