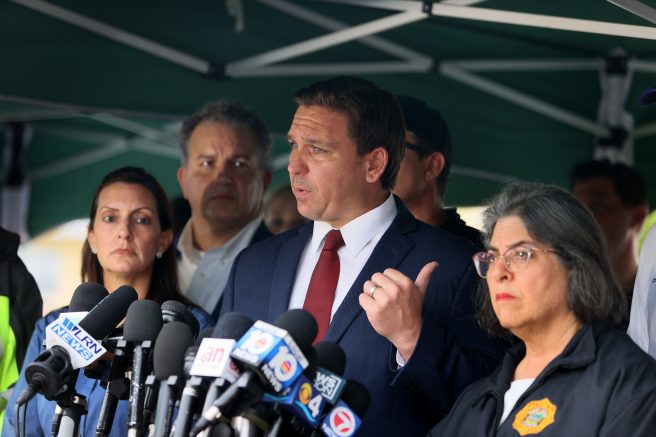 Florida Gov. Ron DeSantis (R) announced local officials have discussed evacuating the sister building to the Champlain Condos that collapsed this week. DeSantis made those comments during a press conference on Saturday and explained he had spoken with Surfside mayor Charles Burkett regarding the matter.

The Florida governor explained while he hasn’t heard of any known danger regarding the north tower, which stands just 100 yards from the collapsed structure, the move to evacuate would ultimately be up to Burkett. Residents of the north tower have remained there since the collapse as city planners work to determine if an evacuation is necessary.

#MDFR #FLTF1 conducting search and rescue operations in the rubble of the #SurfsideBuildingCollapse. Heavy machinery is being used in order to carefully lift and move around debris to access search areas. pic.twitter.com/Ol2Ok6v4a0

“I know they are considering potentially evacuating them, but that’s something that ultimately the mayor is going to have make the call on,” DeSantis explained. “…Just given the similarities, given the same age, they think that may be something.”

Burkett signaled on Friday he would in fact recommend for residents to evacuate the second tower. However, officials say he is expected to give an official announcement on the matter later in the day on Saturday.