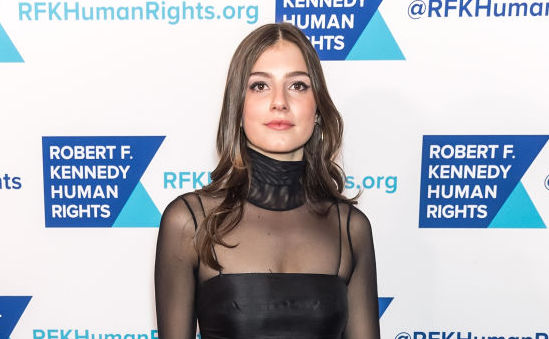 Michaela Kennedy-Cuomo, daughter of Democratic New York Gov. Andrew Cuomo, announced this week that she’s “demisexual,” apparently meaning she’s only attracted to individuals with whom she has an emotional connection.

“When I was in elementary school, I feared that I was lesbian. When I was in middle school, I came out to my family and close friends as bisexual,” Michaela said during a livestream with Donato Tramuto, the former CEO of Tivity Health and a donor to the Robert F. Kennedy Center, according to the New York Post.

Michaela went on to say that she’s “always dreamed of a world in which nobody will have to come out, because everybody’s sexuality will be assumed fluid […] but in a world that force-feeds cisgender heterosexuality, coming out of the closet is a lifelong process of unpacking internalized social constructions and stigmas.”

After she came out as part of “queer” month, the 23-year-old said, she was fearful she’d be perceived as “attention-seeking,” acknowledging that it’s “hip or cool to not be hetero in my liberal bubble,” the Post highlighted.

Daily Wire Emeritus Ben Shapiro hit on the same note Tuesday, underscoring that people who are only attracted to others they have an emotional bond with generally describes women.

“Being a member of the intersectional coalition is now so alluring that we’re making up terms like ‘demisexual’ so that people can join,” Shapiro posted to Instagram.

“According to WebMD’s new idiotic definition, ‘Demisexual people only feel sexually attracted to someone when they have an emotional bond.’ This is also known as, on average, being a woman,” he emphasized.

According to WebMD’s new idiotic definition, “Demisexual people only feel sexually attracted to someone when they have an emotional bond.” This is also known as, on average, being a woman. https://t.co/49Kp1X5wuM

Singer Demi Lovato is one of a number of Hollywood elites to join-in on the trend. In May, Lovato announced that she’s officially changing her pronouns to “they/them” and identifying as “nonbinary.”

The pronouns, she said in a video posted online, “best represents the fluidity I feel in my gender expression, and allows me to feel most authentic and true to the person I both know I am and still am discovering.”

The 28-year-old added that she recently “came into my truth,” and will continue to share these details with her fans.

“Today is a day I’m so happy to share more of my life with you all- I am proud to let you know that I identify as non-binary & will officially be changing my pronouns to they/them moving forward,” Lovato posted in a Twitter thread.

“This has come after a lot of healing & self-reflective work. I’m still learning & coming into myself, & I don’t claim to be an expert or a spokesperson. Sharing this with you now opens another level of vulnerability for me,” she continued. “I’m doing this for those out there that haven’t been able to share who they truly are with their loved ones. Please keep living in your truths & know I am sending so much love your way xox.”

In March, the former Disney star announced that she is “sexually fluid” and “pansexual,” meaning she is attracted to “anything, really,” The Daily Wire reported:

“I’m so fluid now, and a part of the reason why I am so fluid is because I was, like, super closeted off,” Lovato said.