As nuclear deal negotiations advance, Biden won’t account for every dollar Iran receives as a result of lifted sanctions

Congressional foreign policy leaders slammed the Biden administration’s decision to not comply with a legal mandate to detail to Congress how sanctions relief for Iran will bolster the regime’s ability to conduct terror attacks.

Republicans in Congress, in comments to the Washington Free Beacon, accused President Joe Biden of obstructing the legislative branch’s constitutional oversight role. They say the Biden administration does not want Congress to know how much money sanctions relief provides to Iran’s terrorist allies as negotiations with Tehran over a revamped nuclear deal drag into another year.

“President Biden thinks the rules don’t apply to him. He thinks he can ignore a statute that mandates he tell Congress how much money he’s sending to terrorists,” Rep. Jim Banks (R., Ind.), a member of the House Armed Services Committee who helped spearhead the reporting mandates, told the Free Beacon. “Well, he better be ready in 2023. House conservatives will hold him accountable to the law.”

Biden, in a statement issued during the Christmas holiday, said he would not fully obey a reporting provision included in the bipartisan spending bill that mandates the administration account for every dollar Iran receives as a result of lifted sanctions. The administration said providing that information would “include highly sensitive classified information, including information that could reveal critical intelligence sources or military operational plans.”

The strenuous reporting requirement, written into the National Defense Authorization Act (NDAA), is one of the first of its kind and would have forced the administration to provide an unprecedented look into how the easing of sanctions enriches Tehran’s terrorist allies, such as Hamas, Hezbollah, and the Houthi rebels in Yemen. The noncompliance announcement comes as the Biden administration attempts to reenter a nuclear deal with Iran—using sanctions relief as a bargaining chip. The Biden administration waiver also applies to other NDAA provisions requiring a full accounting of the equipment and classified materials abandoned in Afghanistan when the United States left the country last year, as well as a detailed report on joint U.S.-Taliban intelligence-sharing operations.

Rep. Ronny Jackson (R., Texas), the primary author of the Iran reporting statute, told the Free Beacon that he and his colleagues will not allow the administration to obstruct congressional efforts to mandate transparency.

“Nobody is above the law, and Joe Biden must follow the NDAA that he just signed into law,” Jackson said, adding that Biden is “refusing to comply with the law that he himself signed.”

“President Biden is taking dangerous actions by going all in to restore the failed Iran nuclear deal. He now appears to be going so far as to wager Israel as a bargaining chip,” Jackson said. “I will not stand for this and will be working with my colleagues to do everything we can to stand with Israel and counter Iran’s malign behavior.”

The NDAA’s Iran section was crafted to ensure Congress is given detailed information and an oversight role in the administration’s efforts to renegotiate the 2015 nuclear accord, which former president Donald Trump abandoned in 2018.

Ongoing talks with Iran, which have hit multiple speed bumps over the past several months, are centered around sanctions relief. Iran wants every restriction imposed by the Trump administration lifted, and U.S. officials have publicly stated that they are willing to comply with this request if Iran rolls back some portions of its nuclear program, which greatly expanded throughout 2021.

Republican hawks are highly critical of the negotiations and have been trying to avoid a repeat of 2015, when the Obama administration unilaterally approved the nuclear deal without consulting Congress or complying with its information requests. So far, the Biden administration has employed similar tactics, ignoring a slew of GOP-led investigations into the negotiations and the extent of sanctions relief.

The NDAA provision was a bipartisan attempt to force transparency. In addition to the report on sanctions relief, the Biden Pentagon is required to provide Congress with an assessment of how sanctions relief benefits Iran’s military infrastructure, including its paramilitary fighting brigades and ballistic missile program. These measures were spearheaded by the Republican Study Committee, the largest conservative caucus in Congress, and received bipartisan support when the final NDAA was passed by the House and Senate.

“Iran is the world’s largest state sponsor of terrorism. At a time when this administration is choosing to actively negotiate with them, the least they can do is provide Congress with the necessary information regarding Iranian activity and follow the letter of the law,” Rep. Pat Fallon (R., Texas), another chief sponsor of the Iran statute, told the Free Beacon. “President Biden and his advisers are choosing to ignore the law and abuse the classification of intelligence. This is unacceptable and I urge this administration to reconsider their claims.”

In addition to the Iran reporting section, the Biden administration says it will not come clean about its bungled withdrawal from Afghanistan. Biden, in his signing statement, objected to two statutes that would withhold Pentagon funding until it produces “a written description of the military cooperation or military intelligence that was shared with the Taliban.” This also would have included a detailed report on “classified material and money in cash that was destroyed or abandoned in Afghanistan or removed from Afghanistan” when the United States exited the country and left the Taliban in control.

The White House National Security Council did not respond to a Free Beacon request for comment on the signing waivers.

0 3
Rittenhouse: Biden Attacked My Character with 'Actual Malice,' I Have Lawyers Looking Into Lies about Me 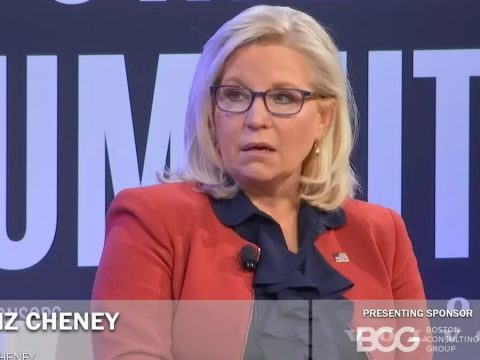 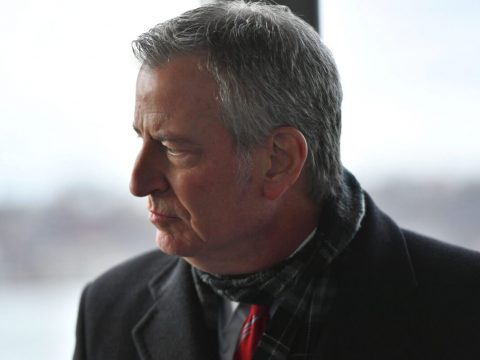