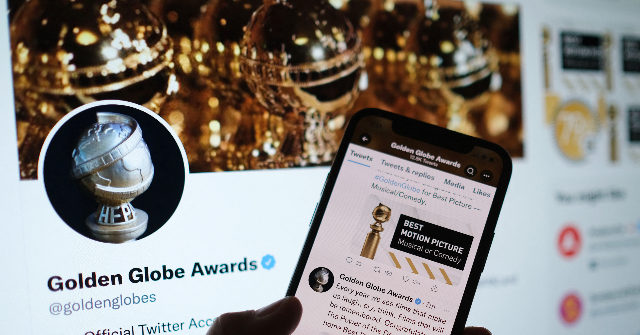 Now that it is officially a Hollywood pariah, the Golden Globes had little choice but to announce its winners via social media during its non-televised ceremony on Sunday. But even that seemingly simple task went wrong as the group’s Twitter feed became a string of bizarre and non-sensical pronouncements, including reportedly referring to West Side Story as a comedy before correcting the error.

This elicited widespread social media mockery for the already beleaguered Hollywood Foreign Press Association, the organization of pseudo-journalists and junket whores behind the Globes.

On Sunday, the official Golden Globes Twitter feed frequently omitted the titles of the movies or TV shows for the winners in the acting categories. Stars including Kate Winslet, Andrew Garfield, and Michael Keaton received congratulatory tweets that failed to mention what they won for. (In case you were wondering: HBO’s Mare of Easttown, Netflix’s Tick, Tick… Boom!, and Hulu’s Dopesick.)

They may be in movies made for the small screen, but these leading ladies are big stars. Congratulations to Kate Winslet for your #GoldenGlobe for Best Actress — Limited Series, Anthology Series or Television Motion Picture. pic.twitter.com/7GJ9KkUmzh

It takes 43 muscles to smile. Thanks for the work out 🏋️‍♀️ Andrew Garfield, and congratulations for taking home the #GoldenGlobe for Best Actor — Motion Picture — Musical/Comedy. pic.twitter.com/V55dore2eH

This was a golden year for television motion pictures but the #GoldenGlobe for Best Actor — Limited Series, Anthology Series or Television Motion Picture goes to @MichaelKeaton. Congratulations! pic.twitter.com/ipcGPeGXer

The most egregious tweet came when West Side Story won for best picture, musical or comedy. The HFPA referred to the musical — which is based on the tragedy of Romeo and Juliet — as a comedy, reportedly saying “if laughter is the best medicine @WestSideMovie is the cure for what ails you.”

The HFPA later corrected the tweet to read “if music is the best medicine.”

Sunday’s private ceremony was notably bereft of celebrities or any kind of traditional publicity as most of Hollywood elected to give the Golden Globes the cold shoulder following the not-so-surprising revelation that the HFPA has been less than ethical and had no black members.

But two stars put in virtual appearance — Arnold Schwarzenegger and his True Lies co-star Jamie Lee Curtis. Schwarzenegger thanked the group for helping to boost his acting career when he won a “New Star of the Year” award in 1977.

“They understand to support the arts, one must cultivate new diverse voices. I was one of their beneficiaries,” Schwarzenegger reportedly said.

As a newcomer to Hollywood who was often discounted, the HFPA’s recognition meant that Mr. Schwarzenegger was one-step closer to fulfilling his dream of being the best in his category. pic.twitter.com/PfrvubBmSF

Curtis was on hand to pay tribute to the HFPA’s charitable donations.

“They do so at a very low key, off the record, evening of giving. I’ve been the lucky host of that evening a couple of times,” the actress reportedly said. “And so I just wanted to honor and stand with them in this continued advocacy of great need and great support that the HFPA continue to serve and offer with their generosity.” 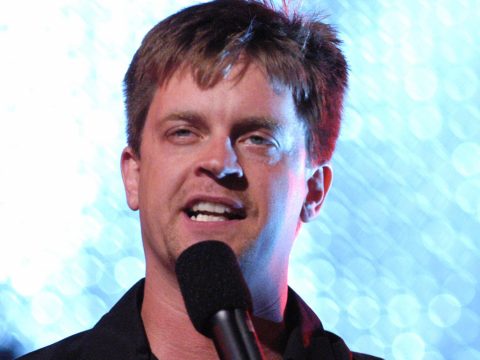