The
Virginia
Department of
Education
released new policies Friday detailing how
school districts
should handle students who identify as
transgender
with a heavy emphasis on parental rights.

The
new policies
direct schools to only recognize “transgender students” if the child’s parent has requested in writing that the school address their child by a different gender identity.

The document replaces a previous model published by the department under Gov. Ralph Northam. Northam was succeeded by Republican Glenn Youngkin in January after eight consecutive years of Democratic Party control of the Virginia governor’s mansion.

The release comes weeks after the Washington Examiner first
reported
that Fairfax County Public Schools had required teachers to complete a training module that provided direction on the degree to which students could adopt a different gender identity at school without parental awareness. Teachers and staff were told that the district could even change the child’s name on documents without parental notification or consent.

The training caught the attention of Youngkin, who blasted the school district at a rally with Republican congressional candidates last month. The governor’s victorious election campaign in 2021 focused heavily on education issues and parental rights.

“These … progressives in Fairfax County actually believe that they should lock parents out of their children’s lives,” the governor said at the time, before adding that he would use “every ounce of my authority” to “work … to protect parents’ rights.”

The Fairfax policies toward transgender students were in part informed by the Virginia Department of Education’s previous policies, which have now been withdrawn following the new publication.

Under the new model, schools are directed to “defer to parents to make the best decisions with respect to their children.”

In a statement to the Washington Examiner, Nicole Neily, the president of the parent activist organization Parents Defending Education, said the release of the new policies showed “Virginia has shown that it is listening to parents.”

“PDE has been overwhelmed by tips from across the country on gender issues in the classroom, which underscores that this issue is a major flashpoint for families from coast to coast,” Neily said. “Polling consistently shows that when it comes to the topic of gender in schools, parents worry about fairness, safety, and the preservation of parental rights – and that these concerns transcend both racial and political lines.”

0 27
One-on-One with the deputy director of investigations for America First Legal, John Zadrozny 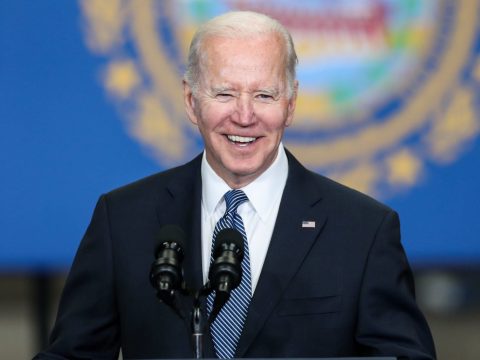