Director James Cameron is not mincing words for early critics of the new movie, “Avatar: The Way of Water.”

The Canadian filmmaker had a lot to live up to, considering that the first “Avatar” (2009) went on to become one of the top-grossing movies of all time. Over the years, the epic science fiction film about the alien world of Pandora has amassed an incredible $2.84 billion in revenue, according to Empire.

“The Way of Water” doesn’t premiere until December 2022, but fans have already been buzzing about it since the trailer was released. Now Cameron is responding to early criticism, plus formulating responses to what he believes negative reviews will say.

“The trolls will have it that nobody gives a s*** and they can’t remember the characters’ names or one damn thing that happened in the movie,” the Academy Award-winner told Empire. “Then they see the movie again and go, ‘Oh, okay, excuse me, let me just shut the f*** up right now.’ So I’m not worried about that.”

One detail Cameron believes will come up is the length of the film, which is right around three hours.

“I don’t want anybody whining about length when they sit and binge-watch [television] for eight hours,” Cameron told the publication. “I can almost write this part of the review. ‘The agonizingly long three-hour movie…’ It’s like, give me a f***ing break. I’ve watched my kids sit and do five one-hour episodes in a row. Here’s the big social paradigm shift that has to happen: it’s okay to get up and go pee.”

Previously, Cameron had discussed how the franchise is similar to another famous project.

“It’s a family drama, so it’s ‘The Godfather.’ Obviously a very different genre [and]  a very different story but I got intrigued by that idea, so that’s really what it is,” Cameron told Deadline in 2018.

“It’s a generational family saga very different than the first film. Now, it’s the same type of settings and the same sort of respect for that shock of the new that we want to show you things that not only that you haven’t seen, but you haven’t imagined, ” he continued, explaining how the movie won’t be what audiences expect.

The original “Avatar” earned nine Oscar nominations and three wins, but the long-delayed sequel has been mocked and criticized as technology has changed so much since 2009. Some critics think the hype is just too much to live up to.

All copyrights and legal uses attributed to content are located at the article origination: © Daily Wire, ‘Give Me A F***ing Break’: Director James Cameron Goes Off On ‘Avatar 2’ Critics 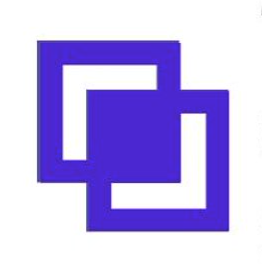 0 25
Nolte: Yes, Democrats Really Do Want to Groom Your Children