For years, D.C. councilwoman Brianne Nadeau (D) has been an obstinate supporter of the capital’s identity as a Sanctuary City.

Yet after opening the District’s doors to illegals from all over the globe, she is now blaming GOP states for making the city a “border town” and causing a “crisis.” On Thursday, The Daily Wire reported that Nadeau has blamed Governors Greg Abbot (R-TX) and Doug Ducey (R-AZ) after the states began busing illegal immigrants across the country.

“The governors of Texas and Arizona have created this crisis, and the federal government has not stepped up to assist the District of Columbia,” Nadeau claimed. “So we along with our regional partners will do what we’ve always done. We’ll rise to the occasion.”

What the Democrat official does not say is that she has been one of the most vociferous advocates of allowing illegal aliens into the nation’s capital, no questions asked.

For example, in 2019, she condemned ICE and local authorities who assisted the agency in conducting immigration raids.

“The District is a sanctuary city, which means our law enforcement does not cooperate with ICE,” she tweeted. “As Councilmember, I have called for an abolition of ICE and wrote DC’s law to establish a permanent immigrant legal services fund.”

The District is a sanctuary city, which means our law enforcement does not cooperate with ICE. As Councilmember, I have called for an abolition of ICE and wrote DC’s law to establish a permanent immigrant legal services fund.
Read full remarks here: https://t.co/D6hi9Tf24G

In 2018, she similarly lamented such deportation efforts, noting, “I am proud that we are a sanctuary city and I strongly condemn recent ICE raids in Ward 1.”

She even encouraged Americans to help illegal aliens. “You can help. Local orgs are looking for volunteers who will help answer phones, staff jail visits, or attorneys willing to represent people pro bono.”

I am proud that we are a sanctuary city and I strongly condemn recent ICE raids in Ward 1. You can help. Local orgs are looking for volunteers who will help answer phones, staff jail visits, or attorneys willing to represent people pro bono. Details:https://t.co/oWAI3ehmGn

Even now, her official website states, “I take a firm stance against deportations that pull our families and communities apart, and regularly reiterate the importance of DC remaining a Sanctuary City.”

She also brags about what she has done for the illegal immigrant community since being elected.

She has spent her career passing laws that protect illegal aliens and sending them taxpayer-funded benefits for merely showing up within D.C.’s borders.

So for her entire time in office, she has broadcast to the entire country and the entire world that she wants illegal immigrants in her city.

Now she has them by the literal busload and she is blaming Republicans for seemingly fulfilling her wish. This of course is after President Joe Biden’s open border policies allowed millions of illegal aliens into the country in the first place.

Give me a break.

All copyrights and legal uses attributed to content are located at the article origination: © Daily Wire, Give Me A Break: Anti-ICE, Pro-Sanctuary City D.C. Official Blames GOP States For Illegal Immigrant Crisis 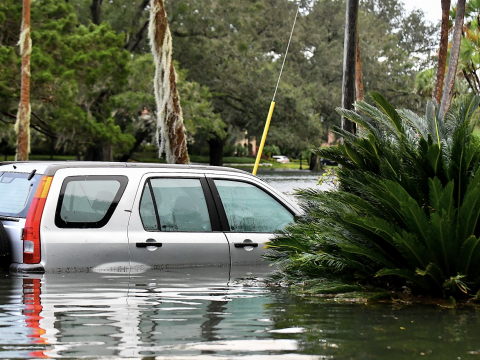 0 17
‘We Have The Band Playing On The Deck’: Rep. Kinzinger Compares Republican Party To The Titanic