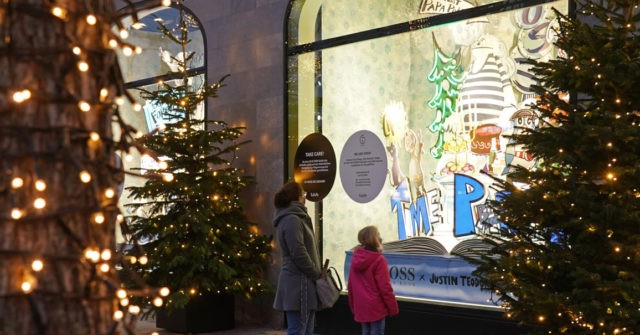 An industry group has said that German retail trade over the Christmas period has been ‘dramatically bad’ due to the country’s COVID Pass rules.

Retail trade in Germany over the Christmas period was ‘dramatically bad’ this year due to COVID pass restrictions currently in place, according to claims made by one industry group.

The German Trade Organisation has claimed that the new 2G rules in the country — which prevent those who are unvaccinated from entering certain shops — has stalled the sector’s recovery post-lockdown.

“We had some catching up to do with the spring lockdown months by November, but the positive trend was stopped abruptly by the introduction of the 2G rules,” group managing director Stefan Genth told Der Spiegel.

Genth went on to tell the publication that business had been “dramatically bad” as a result, with retail seeing a 40 per cent reduction in footfall, translating to a one-third contraction in sales overall.

“Some retailers, especially in the textile sector, have of course been hit even harder when you consider that online trading continues to boom with another plus of 20 per cent and the food sector continues to function well,” Genth also said.

Regarding Germany’s 2G rules, Genth said that the measures were “not a medically sensible measure, but was mainly used by politicians to put pressure on the unvaccinated” and that it has “long been clear that the shops do not contribute in any way to the infection”.

“A normal mask requirement is enough again,” he claimed.

Germany’s Scholz Calls Himself ‘Chancellor of the Unvaccinated’ Despite Mandatory Vax Support https://t.co/btRPy1ID36

Genth also criticised the 2G rules as representing “a clear unequal treatment [of individuals], against which many of our members are taking legal action”.

This echoes a ruling made in the German state of Lower Saxony, which suspended the rules preventing unvaccinated people from accessing certain areas of society.

The court criticised the level of evidence in place for the effectiveness of the 2G rules in regards to retail, before concluding that the rule was ultimately not compatible with the general principle of equality.

Despite this, the Head of the World Medical Association, Frank Ulrich Montgomery, criticised the court’s decision.

“I bump into the fact that little judges stand up and, like in Lower Saxony, 2G in the retail trade because they don’t consider it proportionate,” Montgomery said. “I have big problems there. There are situations in which it is right to rank the rights of freedom after the right to physical health – not just for yourself, but for everyone. And that’s the kind of situation we have.”

Germany has also been weighing up the possibility of implementing mandatory vaccination against the Chinese Coronavirus, similar to the controversial mandate which will soon come into effect in Austria.

Those in Austria who remain unvaccinated by February will soon face unending lockdown, hefty fines, and even the possibility of imprisonment.

0 31
Israeli UN Ambassador Fires To UN: We Won’t Be Bound By Agreements That Ignore Threats Against Israel