Geraldo Rivera slammed Democratic Rep. Ilhan Omar of Minnesota, Tuesday after a video surfaced of her blaming the police for the rising crime rate in Minneapolis during a town hall meeting.

“What we must also recognize is that the reduction in policing currently in our city and the lawlessness that is happening is due to two things,” Omar said in the video.  “One,” she said, “is that the police have chosen not to fulfill their oath of office and to provide the public safety they are owed to the citizens they serve.”

Later, she argued that this failure was “documented” and went on to say that “the Minneapolis Police Department is the most dysfunctional in our state and probably in the country.”

These comments, Geraldo Rivera contended, were an “outrageous spin” as Minneapolis has seen a dramatic increase in violent crime since 2019.

“Maybe the cops can’t do their job,” Geraldo suggested to his co-anchors on Fox News’ ‘The Five’, “because they burned down the precinct.” (RELATED: Minneapolis 3rd Precinct On Fire After Officers Evacuate Building Amid George Floyd Riots)

Co-anchor Dagen McDowell observed that Omar “clearly has a real hatred of the people that she represents because she made their homes and communities less safe through her demonization of the cops.”

Greg Gutfeld echoed this sentiment later stating, “It’s time for the Democratic Party to terminate their love affair with radical politics” citing “burned out cities, record homicide rates, and … looting as recreational behavior.  Minneapolis,” he said, “is dead and they killed it.”

The number of murders in the United States jumped by nearly 30% in 2020 compared with the previous year, NPR reported.  According to FBI statistics released last month, this was the largest single-year increase ever recorded in the country. (RELATED: Rising Crime Forces Liberals To Reckon With Their Stance On Police)

Ilhan Omar’s comments come as Minneapolis voters are poised to decide whether to adopt an amendment to the city’s charter that would limit the size, scope and influence of its police department. (RELATED: ‘The Squad’ Pushes To ‘Defund The Police’ While Spending Thousands On Private Security To Protect Themselves)

This amendment, as reported by Politico,  would replace the Minneapolis Police Department with a Department of Public Safety, eliminating the city’s required minimum number of officers per capita and replacing some with social workers, mental health experts and crisis managers — effectively defunding the local police by reallocating funds to other city services. 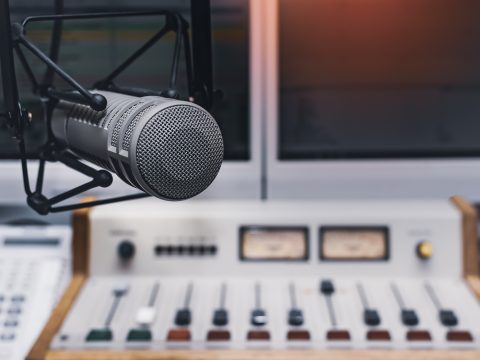 0 20
‘Your Kids Have A F***ing Terrible Mom’: Broadcaster Fired For Unleashing Sexist Tirade On Co-Host In Leaked Audio