Retired three star general and former adviser to President Trump Michael Flynn has endorsed Republican Vernon Jones for Governor of Georgia. On Thursday, Flynn referred to Jones as a “common-sense driven leader” in support of the former Georgia state representative.

Flynn slammed current Georgia Gov. Brian Kemp (R) as a “make believe conservative.” He accused Kemp for surrendering to the radical left, who he warned has taken control over the Peach State due to the consistent failures of the current governor.

ENDORSEMENT ALERT: I am so honored to have the support of General Flynn in my campaign to be Georgia’s next Governor.

For three decades, the General selflessly served our country. It is immensely humbling to have his support. pic.twitter.com/UCxmhhBPSr

Flynn went on to praise Jones for having the necessary expertise to defend the state of Georgia and the future of the nation. Jones celebrated this endorsement and expressed his ultimate respect for the former national security adviser by highlighting his service to protect the freedom of the nation.

Vernon Jones went on to announce he has so far raised over $600,000 in the first 10 weeks of his campaign.

0 25
Gov. DeSantis: 'In Florida, We Will Not Let them Lock You Down' over Any Coronavirus Variant 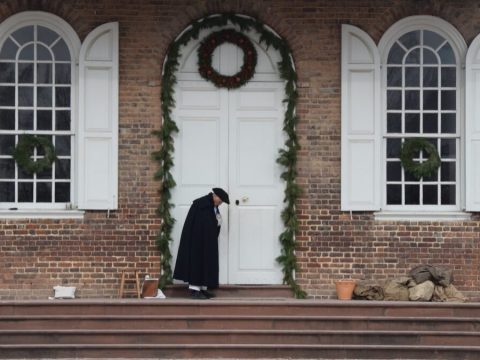 0 35
Without Christmas, There Would Be No United States

0 170
FACT CHECK: Did The Balchem Corporation Trademark Juneteenth Before It Became A National Holiday?