Tennis star Novak Djokovic’s Australian visa was reinstated by a judge Monday, quashing the original cancelation that followed the Serbian’s arrival last week because he is unvaccinated.

Government lawyer Christopher Tran told the judge after the ruling the minister for Immigration, Citizenship, Migrant Services and Multicultural Affairs, Alex Hawke, “will consider whether to exercise a personal power of cancelation.”

Hawke has broad personal powers under the Migration Act to cancel Djokovic’s entry visa, according to the Sydney Morning Herald.

That would mean mean the world’s number one could again face deportation and miss the Australian Open, which starts on Jan. 17.

The Australian government canceled 34-year-old Djokovic’s visa shortly after he arrived in Melbourne late Wednesday to play in the Australian Open.

Border officials decided he didn’t meet the criteria for an exemption to an entry requirement that all non-citizens be fully vaccinated for coronavirus, as Breitbart News reported. 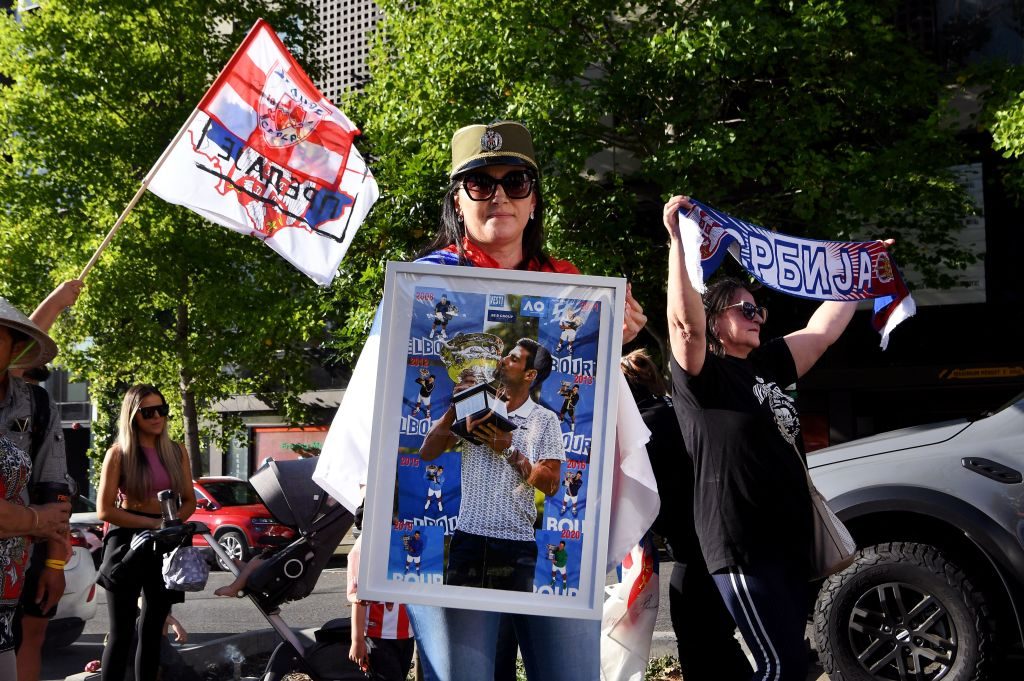 Members of the local Serbian community rally outside a government detention centre where Serbia’s tennis champion Novak Djokovic is staying in Melbourne on January 9, 2022. (WILLIAM WEST/AFP via Getty Images)

Djokovic, who court documents say is unvaccinated, argued he did not need proof of vaccination because he claimed evidence that he had been infected with the coronavirus last month.

Circuit Court Judge Anthony Kelly noted Djokovic had provided officials at Melbourne’s airport with a medical exemption given him by Tennis Australia, which is organizing the tournament, and two medical panels.

“The point I’m somewhat agitated about is what more could this man have done?” Kelly asked Djokovic’s lawyer, Nick Wood.

Wood agreed with the judge that Djokovic could not have done more.

A second tennis player who was headed to the Australian Open — Czech doubles specialist Renata Voracova — had her visa was cancelled after initially being allowed into the country.

She flew out of Australia on the weekend after being held in the same Melbourne centre as Djokovic.

Djokovic is a nine-time Australian Open champion. He has 20 Grand Slam singles titles, a men’s record he shares with Roger Federer and Rafael Nadal.

AP contributed to this story

This story is developing…

0 32
Tampa Bay Has Become The City Of Champions 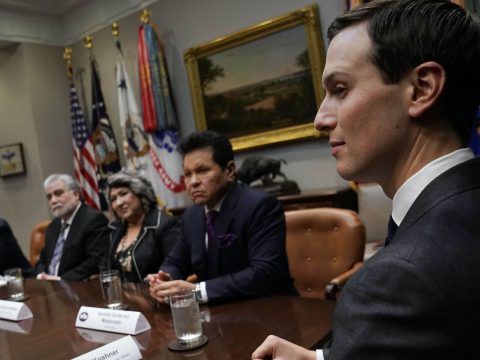 0 21
Trump at CPAC: ‘You’re Either with the Peaceful Truckers or You Are with the Left-Wing Fascists’