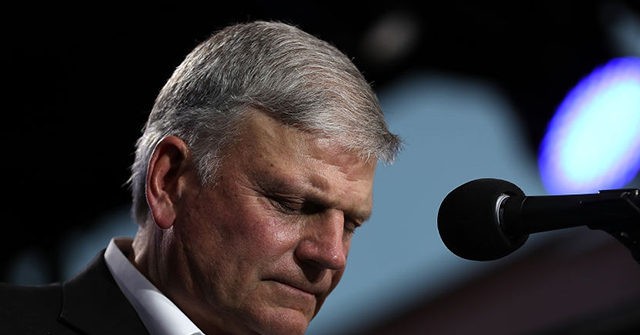 Celebrated evangelical preacher Franklin Graham has blamed “the swamp” for the 2021 Capitol riots, noting that the vast majority of protesters were “patriots.”

“Today marks one year since the attack on our nation’s Capitol,” Rev. Graham wrote Thursday on Twitter. “Many people may disagree with me, but I blame the swamp.”

“If the ‘January 6 Committee’ wants to find the truth about who was behind the attack, they don’t have to look any further than Washington and its corruption,” Graham added.

In a separate tweet, Graham observed that only a tiny percentage of those who protested in Washington that day went on to storm the Capitol.

“The vast majority of the million or so people who went to Washington that day were patriots who love this country and were there to take a stand for our nation,” he wrote. “But those who stormed the Capitol were wrong.”

Rev. Graham went on to urge his fellow Americans to pray for the country, while insisting that politicians are not saviors.

“We need to pray. This great country is being lost, collapsing from within,” he wrote. “As we begin 2022, join me in praying for our nation and its leaders. We won’t find our hope in politicians. The only true hope is in Almighty God and His Son, Jesus Christ.”

“If we will repent and turn from our sins as a people, He will forgive and bring the healing that only He can,” Graham concluded. “But it begins with each individual heart, and that includes you. Have you asked Jesus Christ to forgive you, heal your heart, and be the Lord of your life?”