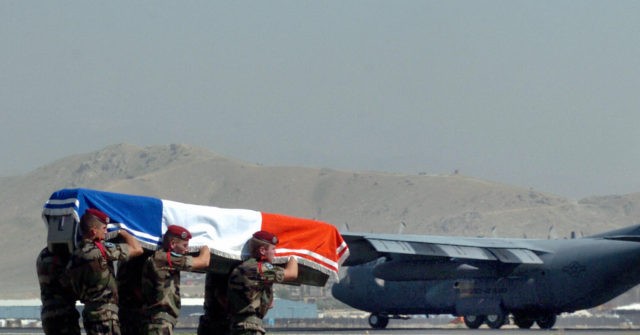 France wants to send ambassadors back to Taliban-controlled Afghanistan, according to President Emmanuel Macron, who has insisted that the move wouldn’t legitimise the Taliban government, despite all indications to the contrary.

President Emmanuel Macron has said that France, alongside a number of other European countries, is working on sending ambassadors back to Taliban-controlled Afghanistan.

The Taliban wrestled control of the country from the US-backed administration in August, around one month after American troops were pulled from the country.

“We are thinking of an organisation between several European countries… a common location for several Europeans, which would allow our ambassadors to be present,” Reuters reports Macron as saying.

Though he wants to send ambassadors to Afghanistan, Macron emphasised that it wasn’t a recognition of the Taliban, and that there would be no “political dialogue” with the regime.

“This is a different demarche than a political recognition or political dialogue with the Taliban … we will have a representation as soon as we can open,” he continued, clarifying that the problem of keeping any proposed mission safe had yet to be properly dealt with.

The EU has also expressed interest in reopening its mission in Afghanistan, though has also claimed that the move would not represent a recognition of the Taliban regime.

“The idea is, and what the EU is working for right now, is to establish a minimal presence on the ground,” an EU spokeswoman told Radio Free Europe. “What’s important though is to remind you that as we have repeatedly said, this is not a sign of recognition.”

“We want to be able to better assist the Afghan people who need our help by being close, and inevitably we need to engage with the Taliban to facilitate the safe passage of the EU citizens and Afghans at risk or to ensure the continued access of humanitarian aid,” the spokeswoman continued.

The Taliban terrorists are now co-opting the Left’s global warming rhetoric as a means to bag cash to fund their terror nation in the wake of Joe Biden’s historic Afghanistan catastrophe. https://t.co/Zgh8gEXedY

Meanwhile, the United Nations decision on whether to allow the Taliban to appoint a General Assembly member on behalf of Afghanistan has been deferred. A new date for when the decision will be made has not yet been given, effectively preventing the Taliban from entering the UN for the foreseeable future.

The Taliban has struggled since coming to power in Afghanistan. The UN estimates that 22 million Afghans are either food insecure or experiencing outright famine, with some families selling their daughters as child brides to put food on the table.

Meanwhile, US sanctions have made it extremely difficult for the regime to source funds.

Neither of these problems have stopped the organisation from implementing its Draconian principles, however.

The Taliban has shut down over 250 media outlets since coming to power, and have issued new religious guidelines banning TV shows with female actors and forcing women television journalists to wear hijabs.

The regime has also reportedly been using government documents to kill or “disappear” former members of the Afghan government.

0 24
Political Battle for Texas Heating Up With Soaring Temperatures