Four police officers will not be charged after a man was shot and killed during an evacuation last summer when he pointed a loaded weapon at them.

An officer who was near the gun said it was “the darkest hole I’ve ever seen in my life pointing directly at me,” according to a nine-page letter Siskiyou County District Attorney Kirk Andrus gave the officers’ bosses, which told them he was clearing the officers of charges.

Soobleej Kaub Hawj, 35, was stopped at a checkpoint near the California-Oregon border in Siskiyou County. On June 24, officials were evacuating the area as the Lava Fire was burning toward thousands of the area’s illegal cannabis farms.

The Sacramento Bee reported that Hawj’s blood had methamphetamine and amphetamines in it. He also had illegal weapons in his truck and a $50,000 warrant from Colorado out for his arrest. Court records also reportedly revealed that he was wanted for firearms and marijuana crimes.

During an evacuation of the area, Hawj pointed a loaded gun at authorities, drove his truck in their direction, and ended up dying in the exchange of gunshots, according to Andrus.

In the letter, Andrus detailed how officers were instructing drivers how to depart the region, telling them to go west. When Hawj got close to the checkpoint, he tried to turn east instead, prompting authorities to attempt to gain his attention and get him to stop.

“One of the officers made eye contact as the truck got close enough, and he slapped the hood to get Hawj’s attention, Andrus said. That’s when the officer said Hawj grabbed a .45 caliber handgun and pointed it at him, Andrus said,” per the Bee.

Andrus noted how Hawj might have misunderstood the police officers’ actions.

“He had a cash crop in the back of his truck that he apparently was willing to defend,” Andrus wrote. “He may have had the misapprehension that residents were being funneled into an area where they would be searched for marijuana. He would have been wrong.”

Last summer, the incident became a story across the country that some portrayed as one in which officers used too much force, alleging that the shootout was racially motivated in an area that had been trying to rid the region of the illegal farms. Many of the cannabis farms are operated by Hmong people.

The county and authorities in the area had been cracking down on the illegal cannabis growing, and Siskiyou County had prohibited the growing of cannabis on a large scale. Last year, officials estimated that the Big Springs region still had around 5,000 to 6,000 greenhouses cultivating marijuana. The rules imposed on the farms were already the center of racism allegations, and some said the shooting was part of a racist attempt to get the cannabis farms out of the region, as well as the Asian Americans who work on them.

Asian American protesters gathered in the area after the shooting, with one activist saying, “He was in his car running from a wildfire with his wife and three kids behind him so why did he end up dead?”

Andrus, however, pressed that Hawj’s decisions alone led to the shooting.

All copyrights and legal uses attributed to content are located at the article origination: © Daily Wire, Four Police Officers Cleared Of Charges In Shooting That Some Said Was Racially Motivated 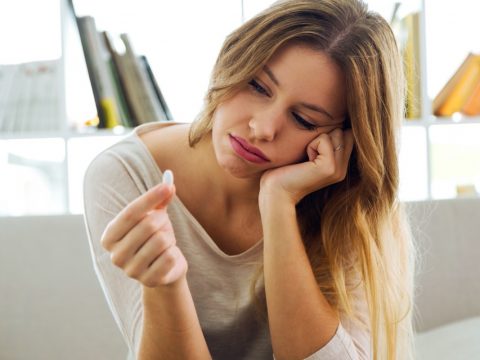 0 25
GOP battles to retake Senate with races in Pennsylvania, Arizona, and Georgia