Ron Coleman, an attorney who was on the legal team for former President Donald Trump’s campaign in Pennsylvania, said in a recent interview that lawyers who back conservative causes face blowback in their professions.

In a conversation with investor Adam Townsend, released on Feb. 25, Coleman said that the backlash that lawyers face for representing right-of-center causes and clients is leading to a “flattening of mores” where “outrage theater” prevails in pet areas of liberal concern but meaningful outrage is discouraged in complicated issues like someone wrongly accused of being a white supremacist.

Coleman has been in the news for representing Proud Boys founder Gavin McInnes in a defamation lawsuit against the Southern Poverty Law Center and Hasidic communities in New York opposed to Gov. Andrew Cuomo’s COVID-19 restrictions. He said that his representation of McInnes proved too controversial for a law firm he was affiliated with.

“People are going to think we represent Nazis,” he said of the rationale he was given for why he was asked to leave the firm.

“And that’s how you get a flattening of mores,” he said, adding, “and nothing outrages anyone meaningfully. There’s outrage theater, but every single thing that people have claimed to be outraged about by Donald Trump, including children in cages, immigrant children in cages, non-issues now.”

The anti-conservative bias in the legal profession is having a chilling effect on his colleagues in the field, Coleman said, with plenty of conservative lawyers contacting him to say they’re “terrified of being identified as such.” 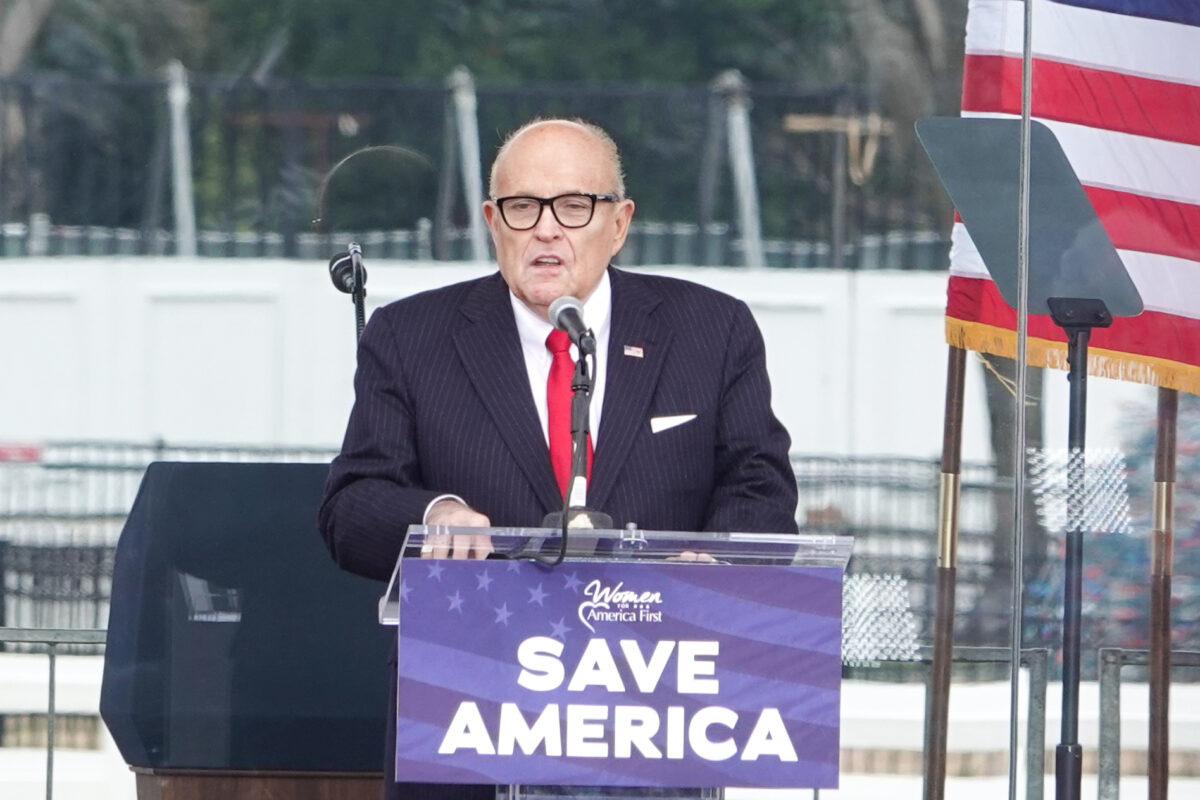 He said he was introduced to former Trump attorney Rudy Giuliani by another lawyer who had previously worked for the Trump campaign, who told him he was looking for someone “to do what he would have been doing, but his partners told him, ‘we’re not going to be involved in challenges to the election.’”

“So notwithstanding that dead bloody body and that knife, these lawyers were so cowed,” Coleman said, referring to lawyers opting to bow out of representation despite the presence of evidence of election irregularities.

Law firms pressuring partners to leave or drop their representation of conservatives was a widespread phenomenon, Coleman suggested. But there have been other forms of blowback.

Philadelphia personal injury lawyer Michael van der Veen, who led Trump’s second impeachment defense, hired 24-hour private security for his family after vandals smashed windows and spray-painted “TRAITOR” on the driveway of his home. He told the outlet that he had received more than 100 death threats.

William J. Brennan, another Philadelphia lawyer who was on Trump’s defense team, told the outlet that the level of backlash he faced was without precedent.

“I’ve been representing controversial clients for 30 years, and I’ve never experienced this type of vitriol,” Brennan told The Philadelphia Inquirer.

“We had no political agenda here. We are not partisan warriors. We are criminal defense lawyers who represented a client,” he said.

There were also calls to shut down Van der Veen’s law firm, which is a direction Coleman fears the anti-conservative sentiment is taking.

“We have not yet reached the point—but we probably will soon—where both bar disciplinary authorities and the judiciary will start joining in,” he said, adding that the writing on the wall was the case of former security adviser Michael Flynn. A federal appeals court in Washington declined to order the dismissal of Flynn’s prosecution, permitting a judge to scrutinize the Justice Department’s request to dismiss the case, with Coleman saying that the next stage could be the criminal defense bar siding against defendants with conservative affiliations or remaining silent.

“But as of right now, I do think it is true that lawyers can practice law, but we can’t practice in a corporate setting,” he said.

0 24
WATCH: Biden ‘Stares Blankly Ahead’ When Pressed On When Americans Get Free COVID Tests