Russian President Vladimir Putin would have never invaded Ukraine if he “had known what was going to happen,” the Russian president’s former speechwriter and political consultant told Israeli media on Sunday.

Abbas Gallyamov told Israel’s Kan broadcaster Putin “is ready to stop” the invasion, but “he needs some trophy to present to the general Russian public and to Russian elites.”

“He would never have done this if he had known what was going to happen,” Gallyamov said in English-language remarks.

Gallyamov told the anchor that his family moved to Israel four years ago while he commuted to Russia to work as a speechwriter and consultant for Putin. He has since moved permanently to Israel because “Russia is no longer a safe place for people whose opinion is different from the opinion of the authorities.”

According to Gallyamov, the decision to invade had “nothing to do with Ukraine or with the USA or with NATO,” but with Putin’s waning popularity at home.

“His ratings are going down within the last three, four years,” he said, “and the protest sentiments grow, and Putin is going to face serious problems.”

Asked about Israeli Prime Minister Naftali Bennett’s attempts to mediate between Russia and Ukraine, Gallyamov said if Putin is willing to listen to reason, “definitely it is only the Israeli prime minister who will be able to deliver it.”

“We all know that, out of all the countries of the first world, out of all the democratic countries, Israel has the best relations with Russia,” he said. “And Putin really treats Israel differently. … So, if there is anything in general which can help the West and Russia find common ground, then it’s through Israel.” 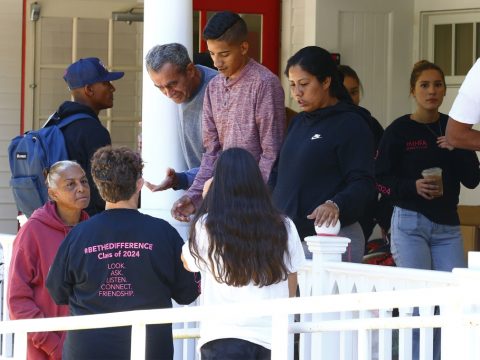