On Monday, the FBI removed 11 sets of classified information from Trump’s home in southern Florida, reportedly taking some documents marked “top secret” that were supposed to be stored in government facilities. McCarthy told Klavan he believes the FBI searched Trump’s property with a “closet agenda” to look for information regarding the president’s role in the events of January 6, and that there is a good chance the DOJ will indict the former president.

“I would say that seven chances in ten he’s going to be indicted,” the National Review contributing editor told a surprised Klavan. “They may add classified information charges now that they’ve done this, but they are gunning to get him … on January 6.”

McCarthy added that he suspects the FBI had a “closet agenda” behind the search warrant that gave agents access to Trump’s residence at Mar-a-Lago. He said that the bureau was really looking for evidence that Trump conspired to prevent the certification of the 2020 election on January 6, 2021.

“I think they are mainly trying to make a case on Trump related to January 6, and I think that if you look at the timeline of what they’ve done in the six weeks in which this Mar-a-Lago search is included, that becomes clear,” McCarthy said.

The former federal prosecutor explained that just because he believes the FBI had a “closet agenda” in its search, that doesn’t mean the bureau lied to the court or that it doesn’t care about the reported classified documents at Trump’s home.

“I just think they wanted a reason to get into Trump’s residence and root around for things that might be helpful to them while they’re frenetically trying to make a January 6 case,” McCarthy commented.

According to a Washington Post report Thursday, FBI agents were seeking nuclear weapons secrets that Trump had allegedly taken with him after leaving the White House in January 2021. However, unsealed copies of the warrant showed no specific mention of classified nuclear documents.

Klavan asked McCarthy if Americans are justified in their concern about the FBI abusing its authority following the Trump raid.

The FBI has “lost the benefit of the doubt,” McCarthy responded. “I’ve argued that I think the national security mission should be taken away from them … because I think it’s changed the culture of the bureau.”

The FBI, according to McCarthy, has become more like an intelligence agency than a police force after the U.S. government focused on stopping terrorism in the 1990s and then following the September 11, 2001, terrorist attacks.

Overall, the bureau has accepted a culture of “saving the country” over a dedication to following the rules that limit its scope and authority, McCarthy argued. He then suggested that the DOJ as a whole is being influenced by Democratic talking points, explaining that Attorney General Merrick Garland has changed since he knew him in the 1990s because McCarthy believes the attorney general is under pressure from the Democratic base.

“I keep hoping that a lot of this stuff that Garland is doing, as bad as it is, is mainly theatrical, and that when push comes to shove they won’t actually file these charges.”

All copyrights and legal uses attributed to content are located at the article origination: © Daily Wire, Former Federal Prosecutor: ‘Seven Chances In Ten’ Trump Gets Indicted 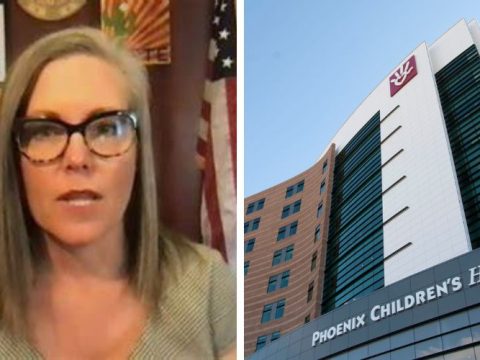