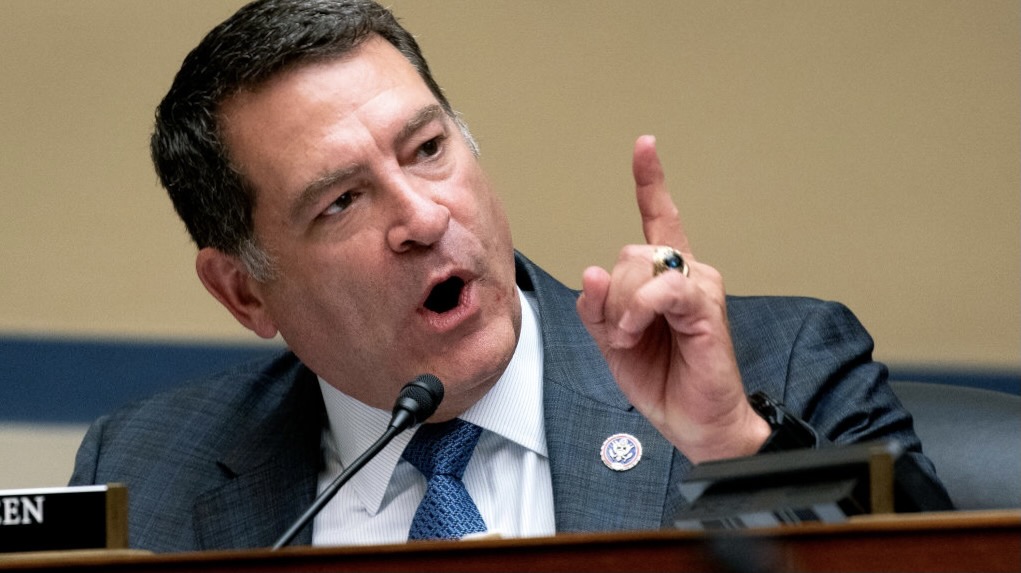 Representative Mark Green (R-TN) recently sent a letter to the acting secretary of the Air Force demanding the removal of a professor at the Air Force Academy who openly advocates for and teaches Critical Race Theory to cadets.

In new letter, @RepMarkGreen, a graduate of West Point, calls on the acting Secretary of the Air Force to remove Air Force Academy teacher over critical race theory. pic.twitter.com/Cn3KV2bYOE

Green, a West Point graduate himself, wrote to Acting Secretary of the Air Force John Roth, saying that “Professor Lynne Chandler García’s full-throttled attack on our country and her support for Critical Race Theory render her unqualified to teach in one of our prestigious military academies.”

“How are our future Air Force leaders supposed to take an oath to defend the Constitution if they are being taught that it is racist and promotes inequality?” he asked.

“As a graduate of West Point and Army veteran, I know firsthand what is taught at these service academies leaves a lasting impact. It was at West Point where I first raised my right hand and took the oath to defend our Constitution,” he wrote. “My professors there taught me the importance of serving our nation — both in uniform and in public office.”

“Teaching our next generation that our country is fundamentally racist is not only propagandizing lies about our great nation, it will also undoubtedly leave an impact on our nation’s Armed Forces and national security,” he added. “If we want servicemembers who are proud to defend this country, we must not denigrate the very principles upon which it was founded. Making them ashamed of their country will only decrease morale, retention, and unit cohesion.”

He added, “Critical Race Theory teaches that the only way to right past racial discrimination is with present racial discrimination. This teaching is utterly incompatible with the principles in the Declaration of Independence and the Civil Rights Movement — not to mention illegal. Our country already lived through a horrific era when people were judged by the color of their skin rather than by the content of their character — we must never go back to this way of thinking.”

He ended with a defense of the Constitution, noting that it “has brought freedom and self-governance, not only to the United States of America, but to nations around the globe. Our men and women in uniform have been fighting for the ideals of democracy, freedom, and equality throughout the world ever since.”

“To suggest that these causes and wars were birthed out of racism disrespects those who died fighting against the Nazis in Europe, communists in Asia, or terrorists in the Middle East,” he wrote.

“If we allow this destructive ideology to be taught in our Military Service Academies, we will be responsible for this nation’s demise. Professor García must be removed from her teaching position,” he stated. Green then demanded the end of teaching Critical Race Theory in military service academies “for the sake of our national security.”

Lynne Chandler García, the associate professor in question at the U.S. Air Force Academy, recently penned an opinion piece in The Washington Post, titled “I’m a professor at a U.S. military academy. Here’s why I teach critical race theory.”

García, who teaches political science, wrote, “Critical race theory … helps students identify the structural racism and inequality that has been endemic in American society. And it provides methods for deconstructing oppressive beliefs, policies and practices to find solutions that will lead to justice.”

She added, “Cadets, like all military members, take an oath to defend the Constitution with their lives — so it is crucial they have a sensitive understanding of that Constitution.”

She went on to say, “racism was ingrained in the system from the beginning, and the military still struggles with these issues,” and noted that the servicemembers will be in command of racially diverse units and should be taught critical race theories and other lessons, looping the racially-charged curriculum with other methods. “Officers must comprehend the unique experiences and concerns of their diverse troops. A holistic education leads to understanding and unity as service members consider what it’s like to walk in another’s shoes,” she stated.

“I don’t coddle my cadets out of fear that exposure to certain literatures might make them uncomfortable or test their existing beliefs,” she added.

Critical Race Theory brings the past problems of American history into the present, claiming that racism is still embedded in the structures of America today while encouraging people to see one another through an intensely racial lens.