In the four years since Vice President Mike Pence announced a radical change in our China policy, a great deal has been written about the China problem. The first wave was a series of essays, many of which self-consciously aspired to define the problem as definitively as George Kennan’s “Long Telegram” did at the onset of the Cold War. The newest wave is a set of books analyzing this problem in greater detail. While many of them have addressed the future of the Sino-American relationship, Aaron Friedberg’s Getting China Wrong examines the past few decades to understand how we got here. It is grim but essential reading.

Even before the Soviet Union collapsed, removing the greatest threat to American well-being and the rationale for the Sino-American partnership, the D.C. consensus was shifting away from the realpolitik-inflected anti-Soviet policy toward a more hopeful one. The Chinese Army was no longer needed to tie down Soviet forces, but the Chinese market could be almost as beneficial for Americans. Even after the Tiananmen Square massacre, many Americans thought that opening China economically would make Americans wealthy and the Chinese free.

Years before the fall of the Berlin Wall, Chinese elites sensed that the rebuilt Europe and rising Asia would reconfigure global politics. Deng Xiaoping’s “reform and opening up” policy would bring in Western investment and technological knowhow, which would allow China to grow stronger and eventually take a leading role in global affairs. In the meantime, China would “hide its capabilities and bide its time.”

Even as Deng’s successors continued his policies, they saw that too much uncontrolled economic growth could foster democratic aspirations in China, just as the Americans had hoped. Through a variety of economic maneuvers, ideological entrepreneurship, and new methods of repression, the Chinese Communist Party prevented that outcome, and the Western democracies decided against using their leverage to demand reforms. “Where Beijing has been fixed in its ends but flexible in its means, the democracies have tended to be rigid with respect to both, clinging to forlorn hopes and failed policies.”

Several events reshaped Chinese calculations after the turn of the millennium. China’s accession to the World Trade Organization provided opportunities for greater economic growth, and the September 11 attacks pulled American attention toward the Middle East. Shortly thereafter, the new leadership team of Hu Jintao and Wen Jiabao realized that their development model was running out of steam. China could no longer grow by merely shifting its workforce into simple manufacturing. To Wen, China’s growth was “unstable, unbalanced … and unsustainable.” Fortunately, America’s focus on terrorism gave China a two-decade “window of opportunity” to turn to high-tech industrial policy.

The Obama administration’s halfhearted “pivot to Asia” convinced Beijing that the Americans would try to stop China’s rise, but that they were too weak and unfocused to succeed. Xi interpreted the Brexit vote and Donald Trump’s election as inaugurating “great changes unseen in a century.” Now, he regularly proclaims that the “East is rising and West declining.”

Americans have woken up to the China threat: The question is what to do about it. Friedberg recommends that the United States, its allies, and its partners mobilize their societies for a long confrontation with China, partly disengage economically and rebalance trade toward friendly countries, strengthen their defenses against Chinese aggression, and challenge China’s ideological narratives about the coming world order.

These efforts will be challenging, but a new development since Friedberg finished his manuscript may ease the way. Russia’s unprovoked attack on Ukraine has destroyed German trust in Moscow and will force a fundamental restructuring of Germany’s—and Europe’s—economic model. The Biden administration has a once-in-a-generation opportunity to refashion the U.S.-European relationship to strengthen both sides against Chinese depredations. Great changes, indeed.

All copyrights and legal uses attributed to content are located at the article origination: Washington Free Beacon, Fooling Ourselves in the Far East 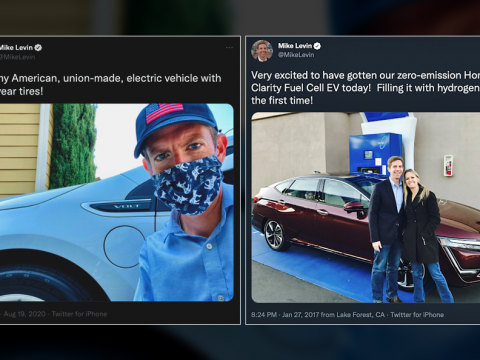 0 150
How Biden Stopped Worrying and Learned To Love Inflation

0 15
This Ohio School District Is Promoting an ‘LGBTQ+ Resource Guide’ With Instructions on Sex Work, Abortions