As a mayoral candidate in 2005, Senate hopeful John Fetterman adopted a unique tactic to appeal to the youth of Braddock, Pa.: tout the borough’s connections to the notorious Crips street gang. After his election, he downplayed the gang’s prevalence in his town, and attributed some of their gang activity to the acts of “disenfranchised” and “disenchanted” youth.

During his first mayoral run in 2005, Fetterman adopted the slogan “Vote John Mayor of Braddocc,” a nod to the spelling that local Crips gang members used for the town. After he was elected, Fetterman created the website Braddocc.com as part of a revitalization project to appeal to young people in the dilapidated steel town. The now-defunct website, which Fetterman launched with his own money, explains that “Braddocc” was “unofficially renamed” by the “young and disenfranchised for its Crip allegiance.” The Justice Department considers the Crips, founded in southern California in the 1970s, to be one of the country’s most violent street gangs.

Fetterman, the Pennsylvania lieutenant governor, has come under fire during his Senate bid for his progressive views on criminal justice reform. Republicans have portrayed Fetterman as soft on crime for calling for the release of up to one-third of Pennsylvania’s prison inmates. As chairman of Pennsylvania’s Board of Pardons, Fetterman cast the lone vote to free several people convicted of first-degree murder. His appointee for secretary of the board has called to “disarm the police,” and has referred to cop killer Mumia Abu-Jamal as her “friend” and “buddy,” the Washington Free Beacon reported.

Fetterman has denied that he glorifies the Crips or gang culture, though he has acknowledged that his embrace of the “Braddocc” nickname helped him in his 2005 campaign by attracting younger voters.

“Ultimately I carry their flag, because they’re the ones that made the difference that I won by one vote that first election,” he said in 2015. “It’s not a glorification of gang violence, or embracing gang violence,” he added of the “Braddocc” moniker, noting that he “caught some flak … because some people thought I was spelling it like a gangster.”

0 2
Editor Daily Rundown: Biden Off To Brussels And KBJ Backtracks On CRT Not Being ‘Taught In Schools’ 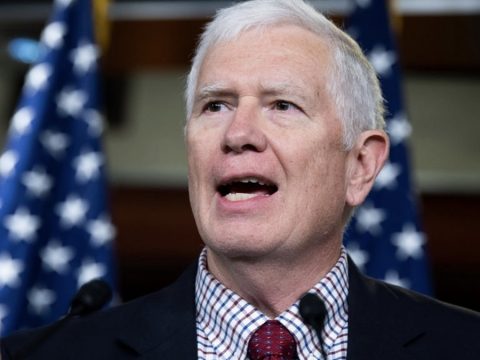