The Minnesota Army National Guard paid tens of thousands of dollars to advertise in an LGBT publication that has promoted transgenderism and “queer” identities among children.

The National Guard, which operates through the Department of Defense, between 2019 and 2022 awarded $76,951 to Minneapolis-based Lavender magazine, paying for advertising campaigns in an effort to “reach the LGBTQ community” and “lend credibility to the National Guard.” Between May 2021 and May 2022 alone, it paid $22,224 to the LGBT magazine, according to a federal government contract disclosure. The advertising campaign appears to be related to the Minnesota National Guard’s “LGBT Special Emphasis Council.”

The magazine focuses on LGBT issues, and has published multiple profiles on children who identify as transgender. As the National Guard was paying for advertising in October 2021, for example, Lavender published a profile of 11-year-old boy Hildie Edwards, who identifies as “trans nonbinary.” The magazine also publishes a monthly column written by transgender activist Ellie Krug, who in a 2016 piece compared using bathrooms that align with biological sex to the Holocaust. Krug ends the piece by offering to speak at the schools of “trans youth in Minnesota.”

The National Guard is not the only military organization to promote transgenderism under the Biden administration. Republican senators found that the military has subjected service members to nearly six million hours of diversity, equity, and inclusion training. The Army this year coached officers on “when to offer soldiers gender transition surgery,” while the Navy in May published a video that instructs sailors on “proper gender pronouns,” the Washington Free Beacon reported. After combat veterans criticized what they consider the military’s “woke” posturing, left-wing pundits called them racists.

A spokesperson for the Minnesota National Guard in a statement told the Free Beacon the branch “derives its strength from the diversity of its force” and “has seen an increase in LGBT+ service members.”

The Free Beacon contacted the magazine to inquire as to whether their coverage of the guard was related to their business relationship.

In its 2021 contract with Lavender, the National Guard requires the magazine to ensure the branch is “not associated with drugs, alcohol, adult content, or sites that may damage brand reputation.”

Another article in the June 2022 Pride Month issue of Lavender states, “I have been thinking about younger queer kids.” The piece, also by Krug, details the author’s experience as a transgender woman mentoring “queer” middle and high school students on gender and sexuality through a local school district. Krug called the activities “holy work.”

“We need to protect the kids,” Krug’s essay concludes. “It always has to be about the kids.”

The National Guard shares advertising space in Lavender with Planned Parenthood and “gaymortgage.com,” among other advertisers. 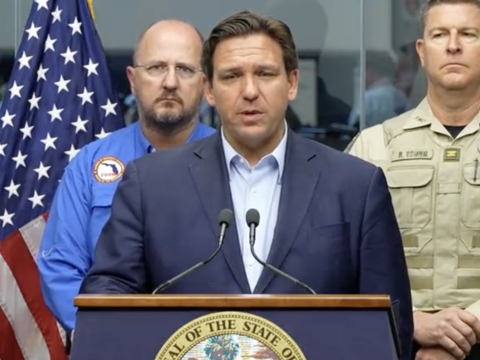 0 83
DeSantis Gives Special Shout Out To 3 Governors Who Helped Respond To Hurricane, Including 1 Democrat

0 15
Sen. Rubio Says Why He Thinks Biden Admin Will Cause Democratic Party To ‘Suffer Devastating Losses In The Next Election’ 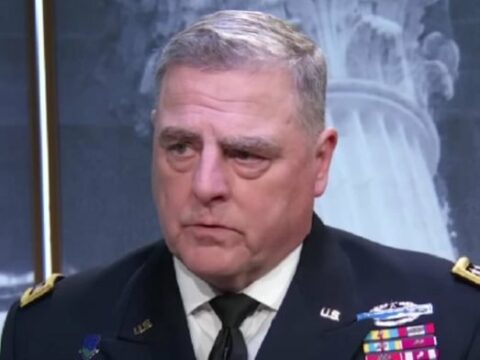 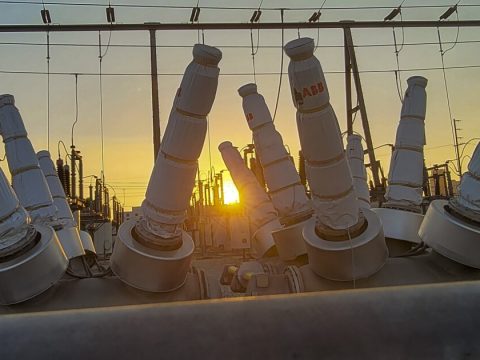