When it comes to the Second Amendment, many people simply think about guns, and for good reason. Firearms are typically what face the tightest controls and are what most people want to trust for self-defense.

However, the Second Amendment protects the right to keep and bear arms. That includes all kinds of weapons, including less-lethal weapons like stun guns and tasers.

Unfortunately, a number of states banned them.

One by one, such statewide bans fell before the courts, but few besides Rhode Island’s remained. Now, even that one has fallen.

Just now in a lawsuit we’re watching, a federal judge struck down Rhode Island’s ban on stun guns and Tasers. This was the last statewide stun gun ban in the country. https://t.co/arlZ7DRCOC pic.twitter.com/X7ky5hh7tg

This is fantastic news for the people of Rhode Island. Especially since the state also heavily restricts the private ownership of firearms.

Further, while proponents may argue that such tools in the hands of criminals will lead to assaults, particularly against women, the truth is that many women prefer to use something like a stun gun to a firearm anyway. That means these bans actually prevented women from choosing to do something other than seeking out a firearm for self-defense.

A bit of an oxymoron, if you ask me.

Attorney Eugene Volokh wrote over at The Volokh Conspiracy that now only a couple of bans remain.

“Stun gun bans remain in effect, to my knowledge, in

● New York, where a federal district court held that the state stun gun ban was unconstitutional, but a state trial court in a different case disagreed (yes, state courts can do that),

● Wilmington (Delaware) and the county in which it is located (New Castle County),

● plus some smaller towns.

Stun guns are also heavily regulated (e.g., with total bans on carrying in most places outside the home) in Connecticut and in some cities. New Jersey lawyer Dan Schmutter tells me that New Jersey likely also essentially bans carrying stun guns outside the home. For more, see this article, though the listing of restrictions in Appendix II is now out-of-date.”

It’s good to see the courts recognize that the Second Amendment doesn’t just apply to firearms but rightfully should include less-lethal weapons. If only these few other places can be shown the error of their ways.

Doing so might allow a lot of people, particularly those who may not be permitted to own firearms due to various reasons, to have a way to protect themselves. Again, it’ll also benefit people who want to protect themselves but don’t feel they can pull the trigger on a gun pointing at another human being.

As it stands, though, folks in Rhode Island are a bit freer now than they were when they woke up Tuesday morning.

Tom Knighton is a Navy veteran, a former newspaperman, a novelist, and a lifetime shooter who has increasingly focused on Second Amendment issues. He lives with his family in Southwest Georgia. 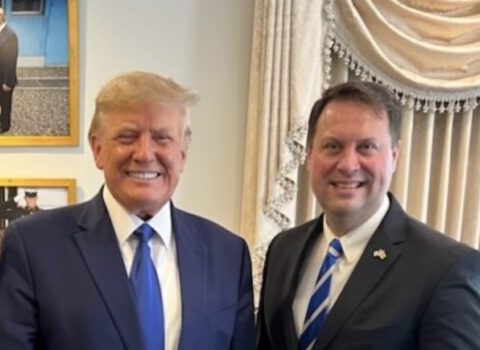 0 55
‘Wake Up and Defend Our Country’: GOP Candidate for Maryland Governor on Fighting for Liberties, Election Integrity