Dr. Anthony Fauci edited a research paper from the organization that conducted research on infected bats with the Wuhan Institute of Virology while simultaneously downplaying concerns that COVID-19 may have leaked from the Chinese lab.

A review of the scientific journal PNAS shows Fauci was assigned to edit the paper, which detailed efforts to collect Nipah virus from wild bats in Bangladesh, in January 2020. The paper was funded by several grants from the Fauci-helmed National Institutes of Allergy and Infectious Diseases (NIAID), and authored by members of the EcoHealth Alliance, including the group’s president, Peter Daszak. Before the pandemic, Daszak and the Alliance funneled $600,000 in taxpayer funds to the Wuhan Institute of Virology to conduct risky experiments on bat coronaviruses.

As Fauci edited the EcoHealth paper, he worked to quash debate on the hypothesis that the group’s taxpayer-funded work with the Wuhan lab could have been connected to the COVID-19 outbreak. Emails show that experts warned Fauci during the early stages of the pandemic to take the theory seriously. Daszak thanked Fauci in an April 2020 email for his efforts to dispel “myths” surrounding EcoHealth and the Wuhan Institute of Virology.

Fauci approved the EcoHealth paper for publication in September 2020.

The National Institutes of Health accused EcoHealth in October 2021 of failing to properly report that its lab-made coronaviruses in Wuhan exhibited a viral load over 10,000 times higher than those found in humanized mice cells. In August, the NIH canceled funding for EcoHealth’s work with the Wuhan Institute of Virology (WIV), citing its failure to provide “laboratory notebooks and original electronic files from the research conducted at WIV.”

According to Ebright, Fauci’s involvement in the editorial process was a serious conflict of interest.

“Fauci should not have agreed to serve as handling editor for the paper,” Ebright said. “Especially not in January 2020, at 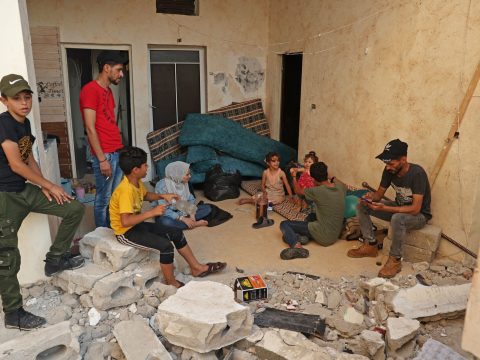