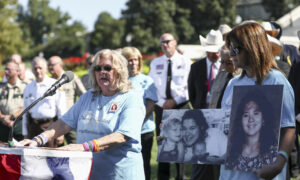 New legislation introduced on Sept. 28 looks to expand the Crime Victims Fund to include the immediate family members of those who are killed by an illegal immigrant, including drunk drivers.

“There is no official record that specifically tracks crimes committed by ‘illegal immigrants’ in the U.S., and little is done for the families of these victims,” stated a press release issued by Nehls and Marshall.

“Joe Biden’s open border policies are providing terrorists, murders, rapists, and other felons a no-strings-attached invitation into our country, where they are no doubt committing violent crimes across our nation,” Nehls said in the release.

The bill would also reinstate and codify the Victims of Immigration Crime Engagement (VOICE) Office that President Donald Trump launched by executive order in 2017 within the Department of Homeland Security.

The office helped family members follow the case of their loved one and track when the illegal alien responsible was detained, on trial, and deported, as well as provide other support including grief counseling.

The Biden administration closed the VOICE Office in June 2021.

“Under President Trump, angel families were respected and looked after by the federal government. That couldn’t be further from the truth with Joe Biden in charge,” Marshall said in the press release.

“This president prioritizes the radical left’s open borders agenda instead of helping American citizens victimized by the worst consequences of out-of-control illegal immigration.”

Mary Ann Mendoza, whose son Sgt Brandon Mendoza was killed by an illegal alien, stands next

.....Continue Reading at The Epoch Times

All copyrights and legal uses attributed to content are located at the article origination: © The Epoch Times, Families of Victims Killed by Illegal Aliens Would Get Help in New Bill

0 20
Alec Baldwin: Lawsuits over 'Rust' Shooting Are Targeting Me Because I Have 'Deep Pockets' 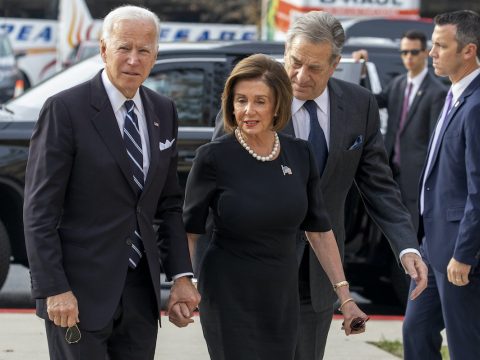