The photo is digitally altered. The original picture shows Biden embracing the President of Democratic Republic of Congo, Felix Tshisekedi, in Italy.

Ruto is running for president of Kenya, with the election set to take place in August, according to the Nairobi Review. He traveled to the U.S. for a five-day tour in early March as part of an international trip that also took him to the U.K., Kenyan media outlets reported.

The photo is digitally altered. A reverse image search revealed the original photo, which can be found on Reuters, shows an interaction between Biden and Tshisekedi in October 2021 at the G20 summit in Rome. Ruto does not appear in the photo. Whoever created the altered image seemingly did so by superimposing an image of Ruto’s head onto the body of Tshisekedi.

There are no credible news reports documenting any alleged meeting between Biden and Ruto. Neither of their respective social media posts or press releases explicitly mention a meeting or audience.

This is not the first time Ruto has been the subject of misinformation. Last year, Check Your Fact corrected a viral claim that alleged former President Donald Trump pledged on Twitter to “personally support” Ruto in the 2022 Kenyan election. 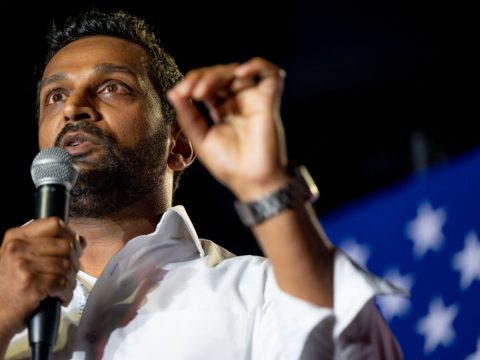