A video shared on Twitter claims to show Australian police beating a person in a wheelchair during a protest against COVID-19 restrictions.

The Lowest of the Low. pic.twitter.com/QRa4S3KLnD

The video shows a Black Lives Matter protest in Los Angeles, not a protest against COVID-19 restrictions in Australia.

Thousands of people gathered in Australia Nov. 20 to protest against COVID-19 restrictions, such as lockdowns and COVID-19 vaccine mandates, according to The New York Times. Since then, some social media users have been sharing a video of police aggressively removing someone from a wheelchair, claiming it was taken in Australia.

This particular tweet reads, “Australia anti-lockdown protest ~ Cops fighting a disabled man and smashing his wheelchair. The Lowest of the Low.” (RELATED: Viral Photos Of Crowded Detention Centers Were Not Taken During The Trump Administration)

The video is not, however, from the recent Australian protests. Through a reverse image search of key frames, Check Your Fact found a longer version of the video posted on Twitter in July 2020 stating it showed a Black Lives Matter protest in downtown Los Angeles. Black Lives Matter protests took place for months across the U.S. after George Floyd, a Black man, was killed by white then-police officer Derek Chauvin in May 2020, according to CNN.

The video is tagged as being in Los Angeles, and the words “Los Angeles Police” are clearly visible on a police officer’s uniform 15 seconds into the video.

This is what happened in downtown LA yesterday. They knocked a disabled man out of his wheelchair and took it away. Absolutely disgusting. This was a PEACEFUL protest!! #BLMprotest #BlackLivesMatter #DefundPolice pic.twitter.com/Uxqv9nhum6

“This is what happened in downtown LA yesterday,” the tweet reads. “They knocked a disabled man out of his wheelchair and took it away. Absolutely disgusting. This was a PEACEFUL protest!!”

The man in the wheelchair was identified as Joshua Wilson, according to Newsweek. Los Angeles police claimed in a July 15, 2020 statement that Wilson “punched an officer in the face and a use of force occurred between the officers and Wilson.” 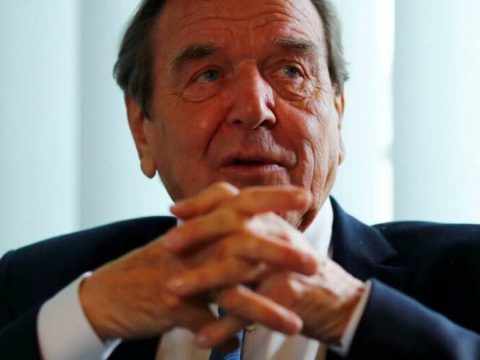 0 57
Ukraine Says a Russian Pullout Must Precede any Dialogue