An image shared on Instagram purportedly shows Tesla and SpaceX CEO Elon Musk as a child standing next to a robot at a tech school in South Africa.

Musk is not in the image. The photo was created by a Slovakian artist, who said it shows his childhood friends.

Forbes ranked Musk first on its real-time billionaires list as of Nov. 2, with an estimated net worth of roughly $306.5 billion. He was born in South Africa in 1971 and graduated from the University of Pennsylvania in 1995, CNN reported. (RELATED: Does This Video Show South African Zulus Protesting Mandatory COVID-19 Vaccination?)

The Oct. 27 Instagram image shows a robot with its arms around two children. “#ElonMusk (on the right) at his #Tech school in #SouthAfrica with #Chappie his #Robot he had been building,” the post’s caption reads. “Now #dieantwoord is from #south #africa and wouldn’t you know #yolandivisser and #ninja happen to #star in the movie Chappie from 2015 wth (sic) the same Robot.” Yo-Landi Visser is a South African rapper who appeared in the 2015 science fiction film “Chappie,” the story of an advanced robot.

The photo does not actually show Musk as a child, nor is the robot Musk’s creation. Through a reverse image search, Check Your Fact found the photo shared on ArtStation in March 2021 by Slovakia-based 3D artist Henrich Kimerling. “I am not a robot,” text accompanying the image reads. “Photography from – Project David (Digital Artwork containing Photos, web design, 3D print model and animations ) I have replaced myself on the photos with the robot model.”

He further indicated on ArtStation that he had produced the image showing the robot in 2007 as part of “Project David,” his academic work about a fictional robot. The original photo showed Kimerling with two friends when they were children and was taken between 1987 and 1994, Kimerling told Check Your Fact in an email.

“Yes. I created this image ( photo montage ),” Kimerling said. “It is part of my diploma work I did back in 2007 at the Academy of Fine Arts and Design in Bratislava, Slovakia.”

An internet search turned up no mention of Musk building a robot named “Chappie” as a child. None of his tweets mention the supposed machine or the movie by that name, either. 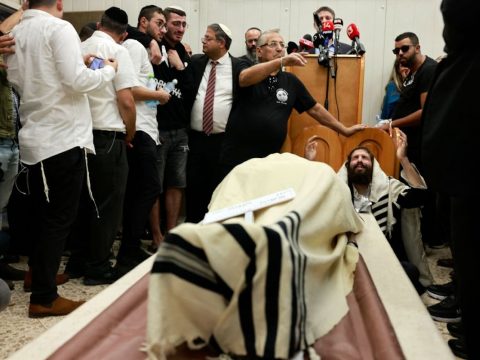 0 29
FACT CHECK: No, The Military Did Not Convict Bill Gates Of Multiple Crimes