The video shows Putin walking home after a funeral in 2013. The footage has nothing to do with current events.

Russian forces launched an invasion of Ukraine Feb. 24 shortly after Putin announced a “special military operation” in the country, according to The New York Times. Fighting between the two nations has now entered its sixth day, France 24 reported.

The video predates the current war in Ukraine by more than eight years. The footage first appeared on Russian state-run media network RT’s YouTube channel in August 2013. (RELATED: Does This Video Show The ‘Ukrainian Headquarters’ Exploding?)

“After the farewell ceremony with his judo coach Anatoly Rakhlin, Russian President Vladimir Putin decided to walk alone along the streets of St. Petersburg,” reads a translated portion of the 2013 video’s description. Rakhlin died on Aug. 7, 2013 at age 75, the Associated Press reported. Photos of Putin attending the funeral two days later on Aug. 9 and walking by himself afterward are available on Getty Images.

0 26
Editor Daily Rundown: Biden Off To Brussels And KBJ Backtracks On CRT Not Being ‘Taught In Schools’ 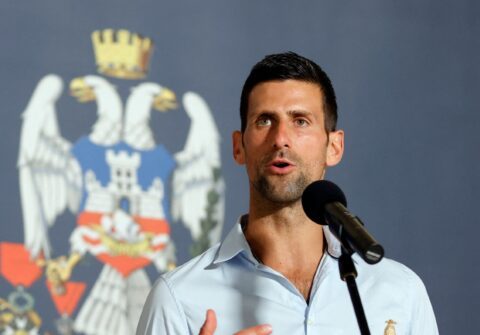