A video shared on Facebook claims to show the aftermath of a Ukrainian attack on an oil well off the coast of Crimea.

The video predates well-before the current Russian-Ukrainian conflict. The footage is not from the coast of Crimea or the Black Sea.

Sergei Askyonov, the Russian-installed head of the disputed region of Crimea, claimed Ukrainian forces attacked oil wells June 20 off the southern coast of the region, according to Reuters. The drilling platforms, located in the Black Sea, were owned by Crimean oil and gas company Chernomorneftegaz, the outlet reported.

The Facebook video appears to show a burning ocean platform being extinguished by two ships. “Russian State Duma MP from Crimea Mikhail Sheremet stated that the Ukrainian attack on Chernomorneftegaz oil wells should be treated as a terrorist attack, because civilian infrastructure and civilians were attacked,” the video’s caption claims.

The video predates the current Russian-Ukrainian conflict. A reverse image search revealed the same video had been published on YouTube in 2008, with the title, “Oil rig in Red Sea extinguishing.” The video’s description lists the location as the Red Sea, a body of water located between the Arabian peninsula and Africa.

An image of what appears to be the same ships extinguishing a fire can be seen on Marine Traffic, a website that tracks ships internationally and provides maritime intelligence. The photo is dated July 10, 2004, and labeled “Gulmar Eagle,” which is the ship on the right helping to extinguish the fire.

Benjamin Pittet, an open-source intelligence (OSINT) investigator at the Centre for Information Resilience, tweeted that the platform appeared to be the Global Santa Fe (GSF) Adriatic IV platform. (RELATED: Does This Video Show A Russian Warship Being Hit With Missiles?)

A quick reverse image search of the orange ship, DP EAGLE (IMO: 7407752), since renamed and decommissioned, shows that this video is old. I believe the burning platform is the GSF Adriatic IV which sank in 2004. https://t.co/1sbKvsCRx2 pic.twitter.com/Qd1LWKiNhZ

The Adriatic IV oil rig caught on fire off Port Said of Egypt on Aug. 10, 2004 when a gas blowout occurred during a drilling operation, according to the European Commission Offshore Authorities Group. The platform was deemed as “not salvageable” and was ordered to be destroyed, the group reported.

0 3
US sends warships into Taiwan Strait amid tensions 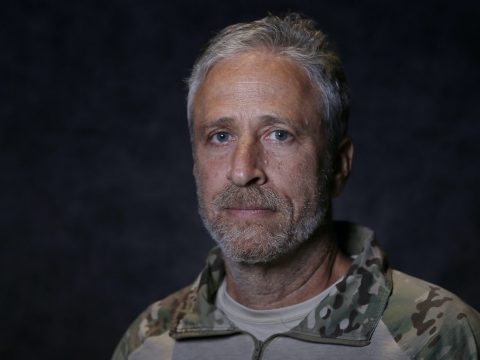