An image shared on Facebook purportedly shows a wave crashing into the coastline of Abergavenny, Wales, on Feb. 18.

The picture shows waves crashing on the coast of Sennen, Cornwall in 2014.

Storm Eunice, a deadly windstorm, struck Northern Europe over the Feb. 19 weekend, according to Accuweather. Wind gusts were measured at over 100 mph and killed at least 10 people, according to CNN.

An image shared on Facebook Feb. 19 shows an aerial view of a large wave crashing on the coast of a seemingly small village, possibly a result of the recent windstorm. “Abergavenny yesterday morning,” the post’s caption claims. Abergavenny is a town in Wales.

However, the photo does not show the town of Abergavenny and was not taken during Storm Eunice. The town is located approximately 20 miles inland from the coast, according to Google Maps, seemingly making the caption’s claim impossible.

A reverse image search revealed the picture had originally been posted on the website Cornwall Guide in 2014 with the title “Sennen Storm – Splash of the Year!” The picture’s location is tagged as Sennen Cove, which is approximately 263 miles from Abergavenny, according to Google Maps.

“Just a week after the much heralded storm, Hercules, battered the Cornish coast, the next storm system ploughed across the Atlantic unleashing its power on the first object it encountered,” the post caption states, further identifying the location as Pedn-men-du, between Sennen Cove and Land’s End. (RELATED: Is Hurricane Irma The ‘Most Powerful’ Atlantic Storm On Record?)

Similar pictures of large waves crashing against the 200-foot Cornish cliff can be seen on the stock image website Alamy and in a 2015 article published by the Daily Mirror. 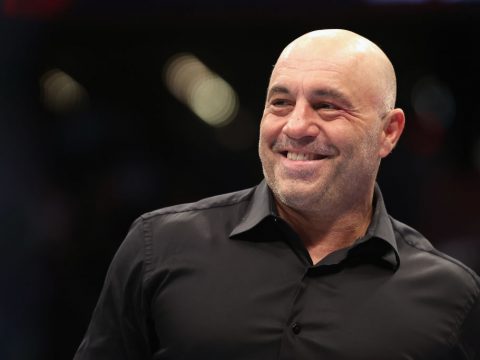 0 61
‘I Don’t Want To Help Him’: Joe Rogan Says He Shot Down The Chance To Interview Trump — More Than Once

0 5
FACT CHECK: Are Russia And Azerbaijan At War With Each Other?