An image shared on Facebook claims to show “God’s Hand,” a heart-shaped pond, in Zimbabwe.

The image actually shows a water-filled quarry in Crimea, not a pond in Zimbabwe.

The image shows what appears to be a light blue, heart-shaped pond at the base of a cliff. “Look at ‘God’s Hand,’” reads the post’s caption. “This pond named ‘God’s Hand’ is found in Buchwa, Mberengwa District, Midlands province.Zimbabwe.”

There is, however, no evidence a pond called “God’s Hand” that is shaped like a heart exists in Zimbabwe. Through a reverse image search, Check Your Fact found a near-identical photo on the stock image website Alamy explaining the pond is in a quarry in Crimea.

“Sunrise over heart shaped blue quarry lake. Fluxing limestone Kadykovsky quarry, Balaklava, Crimea,” the photo’s caption on Alamy reads. “One of the lowest points of Crimea is in Sevastopo.” (RELATED: Viral Image Claims To Show The Zambezi River In Zambia Forming The Shape Of A Woman)

An aerial view of the quarry can be viewed on Google Maps, and further proves the pond is not in Zimbabwe. Other images of the quarry can be found on Shutterstock and Ukraine Trek, a Ukrainian travel blog. Both websites also state the pond is located on the outskirts of Sevastopol, a coastal Crimean city that has been administered by the Russian Federation since the annexation of Crimea in 2014, according to the Associated Press.

“The quarry was developed in the last century, and then after it was abandoned, it was slowly filled with water and turned into a giant rusty funnel with a blue-green lake below sea level,” reads a description of the quarry on Ukraine Trek. 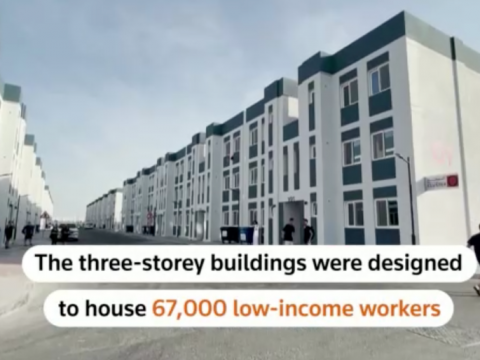