A video shared on Facebook claims the Ukrainian Navy destroyed 13 Russian warships in the Black Sea in a “brutal attack.”

While the Ukrainians have destroyed or damaged at least 11 Russian ships throughout the course of the conflict, there is no evidence to suggest they destroyed 13 Russian warships in one “brutal attack.”

The Russian Navy has lost several ships during the Ukrainian conflict, including its Black Sea flagship the Moskva, according to The Moscow Times. A video shared on Facebook claims the Russians recently lost 13 ships in one “brutal attack.”

“BRUTAL ATTACK (Aug 12) Ukraine Navy artillery destroys 13 Russian warships,” the video’s caption reads. The video itself shows a compilation of combat footage from the war in Ukraine. (RELATED: Did The Israelis Destroy A Russian Submarine?)

There is no evidence to suggest that the Russians suffered that many naval losses in a single attack. If the Ukrainians had destroyed 13 Russian warships in one strike, credible media outlets would have covered it, yet none have. The Ukrainian Ministry of Defense has not published any press releases detailing the destruction of 13 Russian warships in a single action.

Oryx, an open-source analysis website that tracks military losses in various conflicts, has visually confirmed that 11 Russian naval vessels in total have been destroyed or damaged since the Russian invasion started in February. The Ukrainian military claims to have destroyed 15 Russian vessels as of publishing time, according to the Kyiv Independent.

These are the indicative estimates of Russia’s combat losses as of Aug. 18, according to the Armed Forces of Ukraine. pic.twitter.com/i7b3pup73j

Furthermore, the video’s narrator reads from a Ukrinform article about Russian naval movements. The article mentions 13 Russian vessels on the move but does not indicate that they were destroyed or damaged.

This is not the first time Check Your Fact has addressed claims about Russian naval losses. Check Your Fact recently debunked a viral post that alleged the Israelis sank a Russian nuclear submarine. 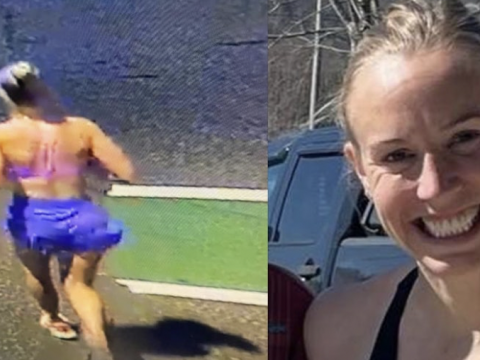 0 49
Arrest In Kidnapping Of Kindergarten Teacher, Heiress To Billion-Dollar Fortune