A post shared on Facebook claims the World Health Organization (WHO) was forced to cancel one of its meetings following two explosions at Geneva Aiport in Switzerland.

While there was a fire outside of Geneva Airport on May 20, there is no evidence the incident forced the WHO to cancel any meeting.

The May 25 Facebook post features what appears to be a TikTok video showing a fiery explosion and clouds of black smoke drifting into the sky.

“INCASE YOU MISSED IT,” reads the post’s caption. “Preparing for the arrivals of the WHO ‘elite’ where a Plandemic treaty meeting is being held two massive explosions erupt at the Geneva Airport, Switzerland. The meeting was canceled after the Geneva airport was coincidentally blown up.” (RELATED: Did The World Health Organization Say No Vegetarian Has Contracted COVID-19?)

This claim is misleading. While some flights were canceled at Geneva Airport on May 20 due to a fire at a nearby construction site, there is no evidence the airport was blown up or that the WHO canceled a meeting as a result of the fires. The footage shared of Facebook was also shared by the verified channel of Storyful News & Weather on May 22 with a description that explains it depicts the fire near the airport.

Check Your Fact could not find any credible news reports about the blaze spreading into the airport itself or preventing any WHO meeting. The organization’s Seventy-Fifth World Health Assembly convened in Geneva as scheduled from May 22 to 28, according to the WHO website. None of the WHO’s press releases or social media posts claim the assembly or any other meeting was canceled as a result of the fire.

There is likewise no evidence the Geneva Airport was “blown up.” Flights still appear to be arriving and departing from the airport.

“There was a fire, outside the track, Friday, May 20 at the end of the day,” said Ignace Jeannerat, a spokesperson for the Geneva Airport, in an email to Check Your Fact. Jeannerat went on to explain that the smoke from the fire prevented planes from landing for several hours but added that “to our knowledge this did not prevent the WHO meeting and the arrival of the delegations.” 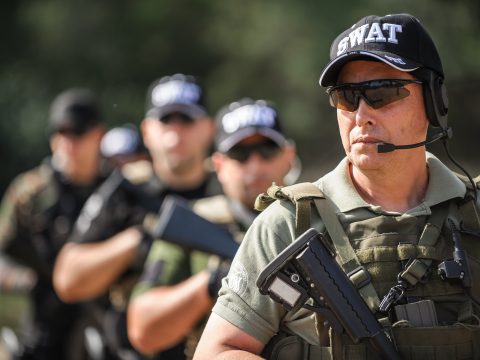 0 75
There Are Now More Armed Federal Bureaucrats Than U.S. Marines