A post shared on Facebook claims members of Congress voted to exempt themselves from any upcoming Internal Revenue Service (IRS) audits.

There is no evidence to suggest that any legislation containing such language has been passed or enacted. The claim stems from a satirical Twitter account.

The Inflation Reduction Act which President Joe Biden signed into law last week provides $80 billion in funding for the IRS, according to The Wall Street Journal. The money will be used partly for tax enforcement, specifically for high-earning taxpayers, the outlet reports. Some members of Congress have suggested the money will be used to hire tens of thousands of new agents, according to ABC News.

A post shared on Facebook claims members of Congress recently voted to exempt themselves from all future IRS audits. “BREAKING In order to safeguard democracy, Congress has voted to exempt itself and its members from upcoming IRS audits,” reads the post. It does not provide details as to when the alleged vote took place or who voted in favor of it.

The post’s claim is baseless. There are no credible news reports to suggest that Congress has passed a bill with such language. No bill seeking to exempt members of Congress from IRS audits could be found on congress.gov. There is likewise no mention of any new exemption on the IRS website or in any of the posts from the statutory body’s verified social media accounts. (RELATED: Did The IRS Hire 950 New Agents Overnight?)

The viral claim appears to stem from the satirical Twitter account @ThatmattersNews which shared the same message in an Aug. 17 tweet that now has over 10,000 retweets. The account’s pinned tweet identifies itself as satirical, reading “REPORT A new study shows that a shocking number of American adults have trouble spelling the word ‘satire,’ let alone recognizing it.”

This is not the first time misinformation regarding the IRS has spread online. Check Your Fact recently debunked a claim that the IRS is opening a “sniper school” to train newly-hired agents. 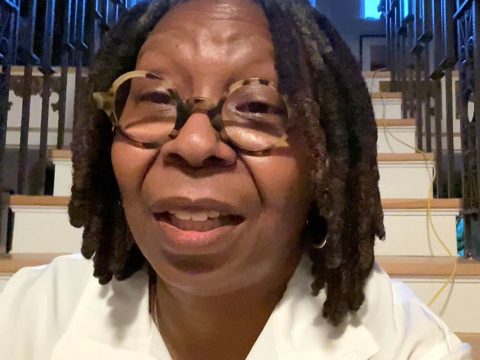 0 165
‘Stop Using Guns To Abort Young Lives’: Whoopi Wants To Deputize Citizens To Rat Out Neighbors With Too Many Firearms