An image shared on Twitter purportedly shows an article from CNN reporting on actor Ezra Miller’s alleged connections to an infamous “leftist cult.”

This image is digitally fabricated. A spokesperson for CNN denied the outlet published such a story.

Miller has been arrested twice this year and was recently charged by Vermont state police with felony burglary of an unoccupied dwelling, according to NPR. An image shared on Twitter suggests his legal trouble could be the result of an alleged connection with a cult leader.

The Twitter image, retweeted over 330 times, appears to show a screen grab of an alleged Aug. 8 article from CNN with a headline that reads, “Officials claim Ezra Miller has connections to infamous ‘leftist’ cult leader Gazi Kodzo.”

Kodzo is the leader of the extremist sect “Black Hammer,” which is located in Atlanta, Georgia, according to the Atlanta Journal-Constitution. The group is known for its “revolutionary message” regarding controversial topics such as the COVID-19 vaccine and election conspiracies, the outlet reported.

The image is digitally altered. The article does not appear on CNN’s website or on any of the outlet’s verified social media accounts. There are likewise no credible news reports from any other news outlet about Miller having ties to Black Hammer.

“This is fabricated,” said Bridget Leininger, a CNN spokesperson, in an email to Check Your Fact.

This is not the first time a fabricated CNN article has gone viral. Check Your Fact previously debunked a screenshot of a purported article from the outlet claiming Johnny Depp and Kyle Rittenhouse planned to go on a national tour “to spread awareness on the dangers of defamation.”

Have a tip you want Check Your Fact to investigate? Submit it here: https://factsparrow.repustar.com/tipline?org_id=3149&utm_medium=website&utm_source=checkyourfact 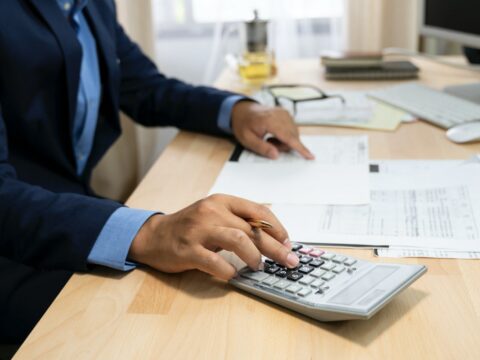 0 10
As IRS Expands, Study Shows The Agency Audits Black People At Least Thrice As Much As Other Racial Groups