The image is digitally altered. In the original, Pitt can be seen wearing a different t-shirt with no messaging.

Pitt is well known for his roles in films like “Fight Club” and “Ocean’s Eleven,” according to his IMDb page. Now, social media users are sharing a photo of him wearing sunglasses, a hat and a black t-shirt featuring the phrase “Keep America Trumpless.”

The image, however, has been digitally altered. (RELATED: Did Sylvester Stallone Wear This Pro-Trump Shirt?)

Through a reverse image search, Check Your Fact discovered the original photo was taken in Venice, Italy in August 2019 and shows Pitt wearing a plain, gray t-shirt without any message. The image can be found on Getty Images with a caption that reads, “Brad Pitt arrives at the 76th Venice Film Festival on August 28, 2019 in Venice, Italy.” Other images taken during the event can be viewed on Getty Images, showing Pitt wearing the same, unadorned t-shirt.

While there is no evidence Pitt wore the “Keep America Trumpless” shirt, he did support President Joe Biden in the 2020 presidential election by narrating a campaign ad that aired during the 2020 World Series, according to CNN. He also voiced his disappointment with the Senate’s acquittal of Trump in its 2020 impeachment trial, USA Today reported.

This is not the first time Pitt has been the subject of a false claim on social media. Check Your Fact previously debunked a Facebook post from February 2021 that alleged he had made statements about Hollywood running a pedophile ring. 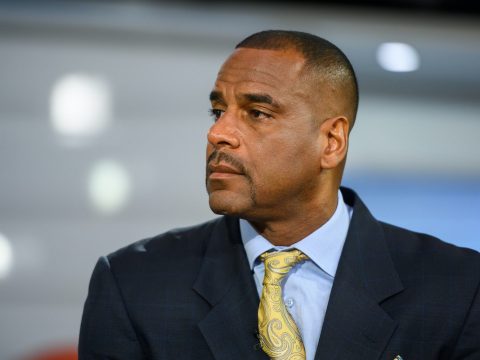