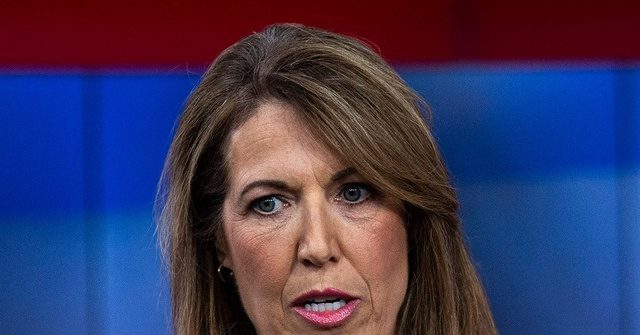 “This cost Iowans literally nothing,” Rep. Axne said of the far-left’s agenda during an interview on Let’s Talk Guthrie County.

“If you’re making under $400,000, you know what you’re going to get? A tax break. Because this bill is literally the first time in a long time that we’ve had a substantial approach to helping working families across this country,” she said, claiming that the bill goes “directly” in the pocket of working Iowans.

When asked how it will cost zero dollars for the American taxpayer, Axne pointed to IRS audits.

“Year after year the IRS has not seen the resources it needs,” she said, explaining that they are going to give the federal agency resources so it can “properly audit Americans.”

The “top one percent” is not being audited, she claimed, adding that there is $160 billion missing in tax revenue overall. She also said they are “looking to close” loopholes allowing the wealthy and corporations to evade taxes.

However, Axne’s claims that the spending spree will cost Iowans “literally nothing” do not hold water. President Biden made the same claim in September.

“We talk about price tags. It is zero price tag on the debt. We’re paying — we’re going to pay for everything we spend,” told reporters. The following day, he said the Build Back Better Agenda “costs zero dollars”:

Instead of wasting money on tax breaks, loopholes, and tax evasion for big corporations and the wealthy, we can make a once-in-a-generation investment in working America.

And it adds zero dollars to the national debt.

Even the Washington Post gave that claim Two Pinocchios:

On top of that, given our long experience in writing about the federal budget, we’re pretty certain a deficit score of zero would only be accomplished with some dubious gimmicks that help disguise the true cost of Biden’s agenda.

We’ll keep an eye on the final outcome, but for Americans not steeped in budget arcana, the president’s claim is misleading. For now, Biden earns Two Pinocchios — a number that could grow higher.

On Tuesday, the nonpartisan budget watchdog group Committee for a Responsible Federal Budget (CRFB) found the bill “could increase federal deficits by roughly $200 billion over 10 years, falling short of lawmakers’ ambitions to fully pay for the climate and social spending package”:

The Committee for a Responsible Federal Budget said in an analysis that House Democrats’ latest version of the bill includes $2.4 trillion in spending and tax expenditures but only $2.2 trillion in offsets.

Additionally, a study from the Wharton School of the University of Pennsylvania estimates the Biden agenda will stick American taxpayers with $2.42 trillion in debt.