VERDICT: FALSE. Gun manufacturers are not shielded from liability. Rather, they are protected from frivolous lawsuits over the criminal use of guns that are legally made and legally sold.

During the SOTU, Biden said, “Repeal the liability shield that makes gun manufacturers the only industry in America that can’t be sued.”

When Biden refers to a “liability shield,” he is referencing the Protection of Lawful Commerce in Arms Act (PLCAA), which he campaigned on repealing. PLCAA is the law that protects gun makers from frivolous suits over legally manufactured and legally sold firearms.

In fact, Biden’s SOTU claims about gun makers being free of “liability” are simply reformulated similar claims he has made during the past two years.

Biden said, “We should … eliminate gun manufacturers from the immunity they receive from Congress.” 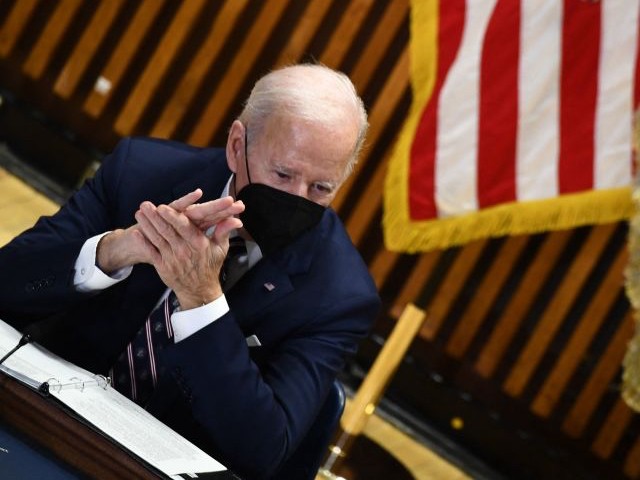 “Most people don’t realize, the only industry in America, a billion dollar industry, that can’t be sued… are gun manufacturers,” he added.

PLCAA is very narrow in scope. It shields gun makers from lawsuits in situations where a gun, criminally used, was legally made and legally sold.

In other words, Glock cannot be sued over a handgun that was used in crime if that handgun was legally made then distributed from the factory to a Federal Firearms License holder (FFL), then sold via a National Instant Criminal Background System (NICS) check to an individual at retail.

The text of PLCAA states: “Businesses in the United States that are engaged in interstate and foreign commerce through the lawful design, manufacture, marketing, distribution, importation, or sale to the public of firearms or ammunition products that have been shipped or transported in interstate or foreign commerce are not, and should not, be liable for the harm caused by those who criminally or unlawfully misuse firearm products or ammunition products that function as designed and intended.”

During a February 24, 2020, South Carolina campaign speech, Biden criticized the protections in PLCAA then referenced gun makers and said, “I’m going to take you down.”

0 18
Biden Administration Proposes Nearly $1 Million 'Reparations' for Illegal Families as Families of Fallen Troops Only Get $100,000