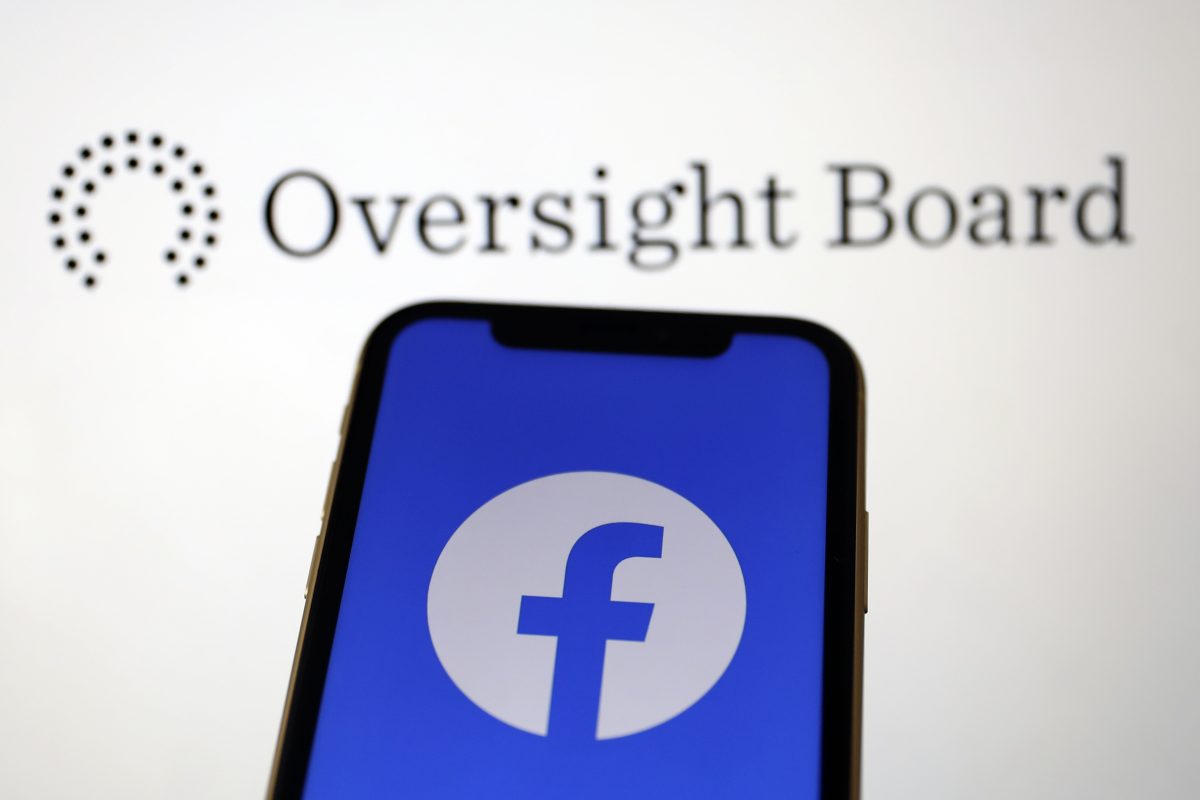 On Wednesday, Facebook’s “Oversight Board” announced that — unsurprisingly — they were upholding the Big Tech giant’s deeply controversial decision to suspend former President Donald Trump’s accounts on both Facebook and Instagram.

Facebook’s Oversight Board “found that the two posts by Mr. Trump on January 6 severely violated Facebook’s Community Standards and Instagram’s Community Guidelines,” claiming that phrases like “We love you. You’re very special,” “great patriots,” and “remember this day forever” had “violated Facebook’s rules prohibiting praise or support of people engaged in violence.”

This conclusion was almost identical to Twitter’s “comprehensive analysis” of similar tweets from Trump, when Twitter argued that that two particular statements by the former president “must be read in the context of broader events in the country and the ways in which the President’s statements can be mobilized by different audiences,” and that these tweets were in “violation of the Glorification of Violence Policy.”

While this decision itself was entirely expected, we should also note the hypocrisy which drives the very notion of Facebook’s Oversight Board.

In the Oversight Board’s statement, the Board criticized Facebook for avoiding “its responsibilities:”

However, it was not appropriate for Facebook to impose an ‘indefinite’ suspension.

It is not permissible for Facebook to keep a user off the platform for an undefined period, with no criteria for when or whether the account will be restored.

In applying this penalty, Facebook did not follow a clear, published procedure. ‘Indefinite’ suspensions are not described in the company’s content policies. Facebook’s normal penalties include removing the violating content, imposing a time-bound period of suspension, or permanently disabling the page and account.

In applying a vague, standardless penalty and then referring this case to the Board to resolve, Facebook seeks to avoid its responsibilities. The Board declines Facebook’s request and insists that Facebook apply and justify a defined penalty.

However, the Oversight Board is also guilty of avoiding the very same responsibility. According to Facebook, “The purpose of the board is to promote free expression by making principled, independent decisions regarding content on Facebook and Instagram and by issuing recommendations on the relevant Facebook company content policy,” and is responsible for reviewing “a select number of highly emblematic cases and determine if decisions were made in accordance with Facebook’s stated values and policies.”

In very simple terms, the Oversight Board avoided responsibility by trying to rule for and against Donald Trump, and for and against Facebook, at the same time. They upheld Trump’s ban — ruling “for” Facebook and “against Trump” — while criticizing Facebook for effectively having no justification for the scale of their unprecedented ban — ruling “against” Facebook and “for” Trump.

And what changed? Nothing.

All we witnessed is the culmination of bloviated and meaningless bureaucracy, while our freedom of speech continues to be attacked.

One can only ask whether this was the plan all along?