A young mother who was slammed into by a teenage driver while she was carrying her eight-month-old baby ripped leftist Los Angeles County District Attorney George Gascón for not notifying her the youth was going to plead for early release.

The teenager was sentenced to five to seven months in a juvenile probation camp after he hit the woman — identified as Rachel — in the Venice neighborhood of Los Angeles in August 2021 while he was intoxicated, then fled in a car that he had stolen.

“I remain incredibly disappointed with the justice system in LA but I am unsurprised to learn that I am yet again being denied my rights as a victim to participate and use my voice in the judicial process. F*** George Gascón,” Rachel told Fox News Digital.

Rachel had hoped for a harsher initial sentence for the teenager, who had no driver’s license and was already on probation for felony poisoning after he allegedly spiked a high school girl’s drink. She had expected that any hearing for the teenager would come near the end of his probation in early November.

“I thought those were the last moments of our lives; we were dead,” she said in a victim impact statement, The Daily Mail reported. “That feeling, along with the memory of a car accelerating directly into us, will haunt me forever. … As the car approached me and my child, I stopped walking and moved the stroller and myself up against a building on the right side of the road to ensure that we gave the reckless driver plenty of room to pass. As the car got dangerously close to us, KB turned the wheels in our direction and accelerated as he aimed to kill us.”

“I was also told that his record would be wiped clean when he turns 18,” she added. “How on earth can that be? He tried to murder two innocent pedestrians. Murder. And we have video evidence. My child would be dead if I hadn’t been there to protect him.”

“George Gascón doesn’t value my life or the life of my child, or any other victim out there and would rather reward the monsters like KB by demonstrating to them that their actions have no consequences,” she said. “DA Gascón is telling him and every other thug in LA County that it doesn’t matter if you try to murder people. Why are Gascón’s policies prioritizing the livelihood of rotten monsters when my child, my baby, who is incapable of protecting himself, is left to fend for himself, and is essentially being told his life doesn’t matter?”

When a 26-year-old man, Hannah Tubbs — who claims to be a transgender woman — pled guilty to sexually assaulting a 10-year-old girl as a teen, Gascón insisted the man should be tried as a juvenile. Then his staff “learned that Fox News was preparing to publish jailhouse recordings in which Tubbs crowed about receiving a light sentence and spoke derisively about the victim,” the Los Angeles Times reported, and Gascón changed his mind.

“Line prosecutors told The Times the turnabout was especially galling because the jail recordings have been known inside the district attorney’s office for at least a month and did not alter Gascón’s approach previously,” The Times added.

All copyrights and legal uses attributed to content are located at the article origination: © Daily Wire, ‘F*** George Gascon’: Young Mother Who Was Carrying Baby When Teenage Driver Hit Her Lashes Out

0 7
Adam Sandler Makes It Clear Which Side Of The Oscars’ Slap He’s On: ‘Love You Buddy!’ 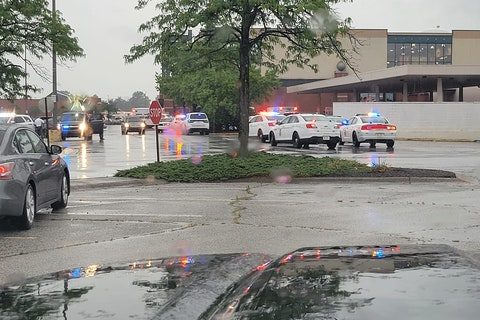