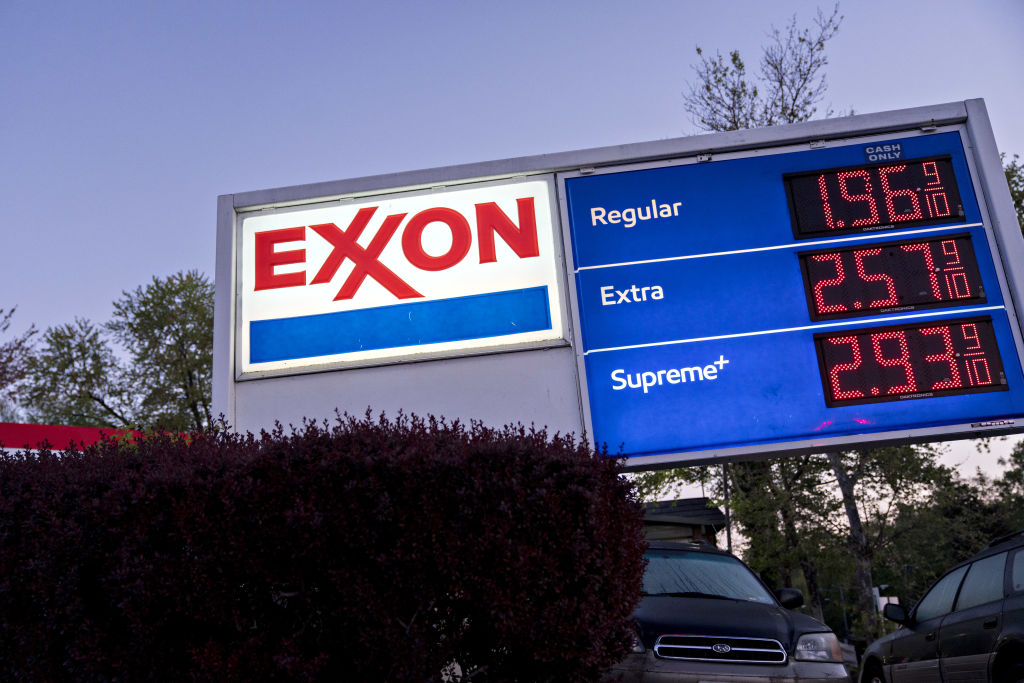 ExxonMobil was suspended from a climate advocacy group that it helped to launch.

In addition to Microsoft, JPMorgan Chase, Pepsi, Johnson & Johnson, BP, and other corporations, Exxon launched the Climate Leadership Council — which pursues a climate solution that “rapidly lowers carbon emissions, invests all Americans in a clean energy future, and holds other countries accountable.”

Axios reports that “the move comes in the wake of a leaked video in which senior Exxon lobbyist Keith McCoy says the oil giant has only come out in favor of a carbon tax for public relations reasons.”

McCoy told an activist that “the cynical side of me says, yeah, we kind of know that but it gives us a talking point that we can say, well what is ExxonMobil for? Well, we’re for a carbon tax.” Exxon CEO Darren Woods quickly condemned the comments.

Nevertheless, Climate Leadership Council CEO Greg Bertelsen said in a statement that the organization would suspend Exxon’s membership, as well as its involvement with advocacy arm Americans for Carbon Dividends: “We continue to believe that we will establish lasting climate solutions by bringing together a broad and diverse group of stakeholders who can work together to address this enormous challenge. This will continue to be our guiding principle.”

“It’s more important than ever for organizations to work together to advance meaningful policy solutions to address shared challenges and society’s net-zero ambitions,” Exxon responded in a statement that called the move “disappointing and counterproductive.”

The Daily Wire reported in June that “activist investors” launched a firm called Engine No. 1 — an investment firm that believes “a company’s performance is greatly enhanced by the investments it makes in workers, communities, and the environment.” In December, the group secured a 0.02% stake in Exxon and gave an activist letter to its Board of Directors, insisting that the oil giant “must change” with the times.

Engine No. 1 argues that Exxon’s lackluster performance is due to hesitancy in pursuing “growth areas like renewables” even though “such investments are likely to deliver lower returns to shareholders than oil and gas projects.” Though the investors do not expect Exxon to “diversify overnight,” they believe that pursuing renewables has “more than cosmetic value to investors.”

Engine No. 1 then clinched three of Exxon’s twelve board seats.