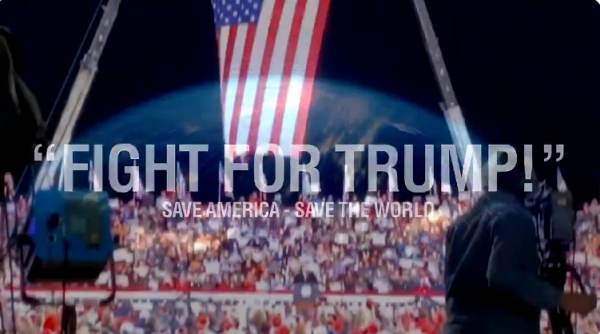 We reported a short time after the November 3rd election on the system glitches reported on Election Night live on TV.  The pattern we found was that all the glitches went to Joe Biden:

Captured in Real Time: That Moment in Virginia at 5:12 AM Where they Took 373,000 Votes Off the State Totals

The next day, on November 10th, we identified a report from a group at TheDonald.win where they identified a pattern within the election data where millions of votes were transferred from President Trump to Joe Biden (The President retweeted this post):

BREAKING EXCLUSIVE: Analysis of Election Night Data from All States Shows MILLIONS OF VOTES Either Switched from President Trump to Biden or Were Lost — Using Dominion and Other Systems

Then, couple days later, we found an analysis by an individual named Edward Solomon who identified at a precinct level the ballot switch from President Trump to Joe Biden:

BREAKING EXCLUSIVE: The Steal Was MASSIVE! – Expert Reveals How Hundreds of Thousands of Trump Votes Were Shifted to Biden on Election Night!

Recently Solomon completed additional analysis of the following states at the precinct level – Michigan, Georgia and Pennsylvania.  Solomon uncovered the Dominion software’s illegal algorithms by reverse-engineering the voting returns.  His work and resulting evidence are unparalleled to any effort by anyone else to-date.  He created the following affidavits with his results:

In Michigan alone, Solomon proves that 287,980 votes were flipped from Trump to Biden.

In Georgia, Solomon proves that 25,630 votes were flipped from Trump to Biden.  Solomon’s work included the counties of Fulton, DeKalb, Cobb and others.

In Pennsylvania, Solomon proves that 124,649 votes were flipped from Trump to Biden.

Of course, we believe that these types of transfers from President Trump to Joe Biden occurred across the country.  We also believe Joe Biden and anyone who supports Joe Biden after reviewing these reprots and numbers are cheaters.

The post Expert Edward Solomon’s Analysis of 2020 Election Shows Thousands of Ballots Switched from Trump In States He Won (MI, GA, PA) to Biden – Enough to Steal the Election appeared first on The Gateway Pundit.