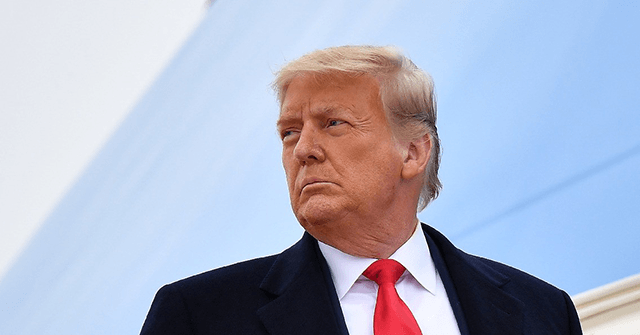 Former President Donald Trump will call on Republicans to increase the number of ICE officers to “find, detain, and deport” every illegal alien President Joe Biden has let into the United States at his first rally of the year on Saturday.

Trump’s call for more immigration officers will be made in his speech in Arizona, according to expected prepared remarks that the former president’s team provided exclusively to Breitbart News ahead of their delivery.

One of the highest priorities when Republicans take back Congress and eventually the White House will be to have a massive increase in the number of ICE officers, so that we can find, detain, and deport every one of the illegal aliens that Joe Biden has released into our country.

Trump will also call for a law to penalize “sanctuary city” officials who knowingly release criminal immigrants into their community’s streets.

We should also pass a law that says that Sanctuary City officials who knowingly release criminal aliens will be charged as accessories in any future crimes—thereby ending Sanctuary Cities once and for all.

The focus on immigration policy comes as Biden has suffered multiple defeats in the court system trying to push his agenda forward. Additionally, Analysts projected that nearly two million illegal aliens have attempted to cross the southern border since Biden’s first year in office.

All copyrights and legal uses attributed to content are located at the article origination: © Breitbart, EXCLUSIVE -- Trump Will Call on Republicans to Increase ICE Officers to ‘Find, Detain, and Deport’ Every Illegal Alien Biden Let into USA