Former Marine Lt. Col. Stu Scheller, who lost his career after demanding accountability over the botched withdrawal in Afghanistan, argued in an exclusive interview with SiriusXM’s Breitbart News Daily on Thursday that criticism of military generals is needed to help junior service members.

Scheller told show host and Breitbart News Editor in Chief Alex Marlow, “Military leaders that should be advising on [Afghanistan] absolutely can be held accountable, and it just goes back to [how] we’ve been lionizing the military. People want to show appreciation, and criticizing them almost feels un-American. But the truth is, we need criticism of those general officers more than we ever have before to help the junior service member.”

He said while senior officers have closed ranks and expressed disapproval over his speaking out against the military chain of command, junior enlisted Marines have privately supported him.

“I couldn’t drive into the gate without somebody wanting to shake my hand, or give me a hug, or take a picture with me,” Scheller said.

He said there is a “long list” of military and civilian leaders who should be held accountable at the operational and strategic level, drawing a comparison to the tactical successes but strategic failure in Vietnam.

“We are winning every battle, the tactical level of war with the young service member — they are successful. Every single time. Where we are failing more is at the operational-strategic level…So when you’re talking Iraq and Afghanistan, that’s the CENTCOM combatant command; that four-star general takes what the National Security Council and the president are telling him and translates it into military members executing plans on the tactical level,” he said.

“That link — from the four-star combatant commander to the National Security Council, secretary of defense, President of the United States — is where we are failing,” he said.

He said after Vietnam, general officers were not held accountable and sought to focus on the tactical level, “even though that’s not where the failure occurred, and the same thing is happening right now with the GWOT [Global War on Terror] generation.”

He said the perfect example of lack of accountability is the U.S. drone strike in the final days of the Afghanistan withdrawal where 10 innocent Afghan civilians, including an aid worker for the United States and seven children, were killed.

“People in war die, everybody knows that, but we can’t give a free pass based on bad planning, bad decisions, and say, ‘Well, people died but that’s the cost of war.’ Yes, people die in war, but we still have to hold people accountable to a standard of, ‘Did you make good decisions? Did you set the framework to protect people?’”

“We attacked people bringing water to needy people and we killed civilians and children, and no one was held accountable,” he said. “I think [CENTCOM Commander] General McKenzie is the number one guy that should be held accountable.” 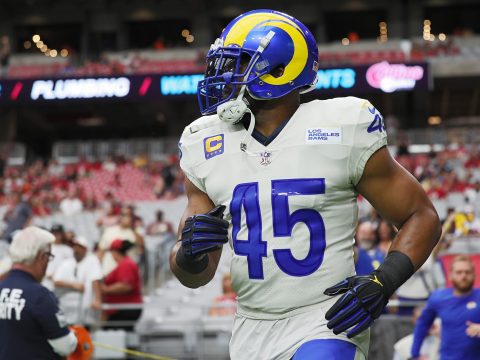