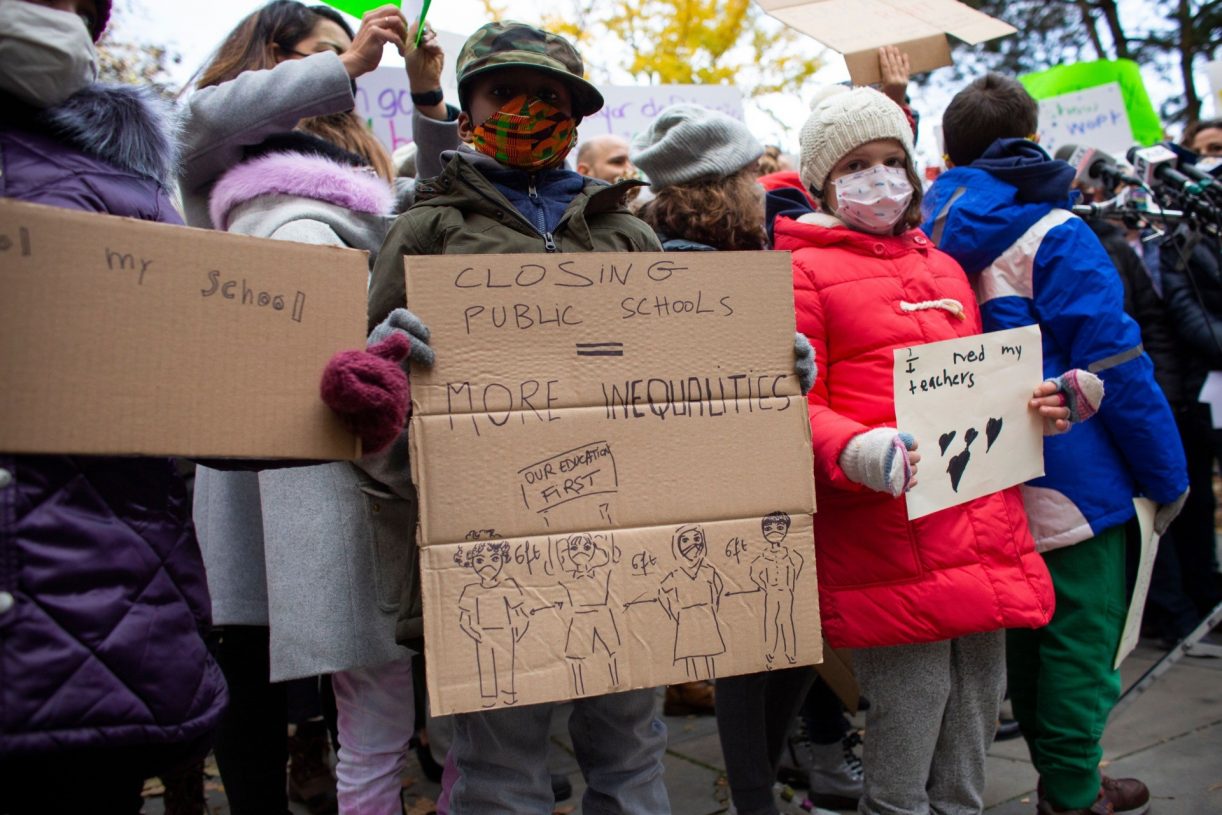 Democrats are taking their nanny state tendencies to a whole new level. They think politicians can raise your kids better than you can, and they’re not afraid to say it.

During Virginia’s gubernatorial debate last month, Terry McAuliffe announced he doesn’t “think parents should be telling schools what they should teach.”

Similarly, Secretary of Education Miguel Cardona recently said parents should not be the “primary stakeholder” in their children’s education.

And last summer, a teacher at Philadelphia’s Science Leadership Academy tweeted his concerns that teachers couldn’t fully accomplish their “equity/inclusion work” over Zoom classes because they didn’t know who might overhear them. “If we are engaged in the messy work of destabilizing a kids [sic] racism or homophobia or transphobia — how much do we want their classmates’ parents piling on?” he wrote.

Democrats don’t always say the quiet part out loud, but these big government sentiments are the foundation of their political philosophy. Just look at what teachers’ unions and far-left activist school boards are pushing at all levels.

In California, a high school teacher decorated his classroom with hateful posters that included profanity laced slogans. In Atlanta, Georgia, Democrat elementary school officials segregated kids by race. In New Jersey, new sex education standards – praised by Planned Parenthood and other radical groups – require that students as young as five years old are taught about abortion. In New York, a Democrat lawmaker is pushing to require children as young as eight years old to learn about “hormone blockers.” In Virginia, officials are moving to eliminate advanced diplomas to pursue “equity” in education, and school libraries included books with sexually graphic illustrations and discussions of sex between adults and children. And in Oregon, Democrat Gov. Kate Brown signed a law that “drops the requirement that high school students prove proficiency in reading, writing, or math before graduation.”

But parents are waking up to the radical agenda being pushed at every level of the education system. They’ve taken to speaking out at school board meetings across the country and protesting outside school district offices. That’s why Biden, his Attorney General Merrick Garland, and Democrats are attempting to weaponize the Department of Justice to crack down on parents who question their agenda.

In a letter to the Biden Justice Department, the National School Boards Association complained that parents protesting the radical propaganda being taught to their children “could be the equivalent to a form of domestic terrorism and hate crimes.” The NSBA even suggested that parents’ rallies might be punishable under the PATRIOT Act, the anti-terrorist legislation passed in the wake of the September 11 attacks. Garland appallingly welcomed their request, saying the Biden administration would use the power of the federal government to investigate and potentially even prosecute parents. In Biden’s America, concerned parents peacefully and passionately protesting the indoctrination of their children is a threat worthy of investigation and punishment.

Despite claiming to put kids first, Democrats have consistently prioritized the powerful teachers’ unions that helped get them elected. The American Federation of Teachers influenced the CDC’s school reopening guidance, with their suggested language included almost verbatim. Biden’s CDC Director Rochelle Walensky even admitted to changing guidance to give teachers unions “what they need.” Meanwhile, Democrats kept kids from learning in-person this spring, causing them to fall behind despite parents’ best efforts. In fact, 97 percent of educators report learning loss among their students. One study found students will potentially lose $61,000 to $82,000 in lifetime earnings as a result of the pandemic. And minority students will be disproportionately hurt. 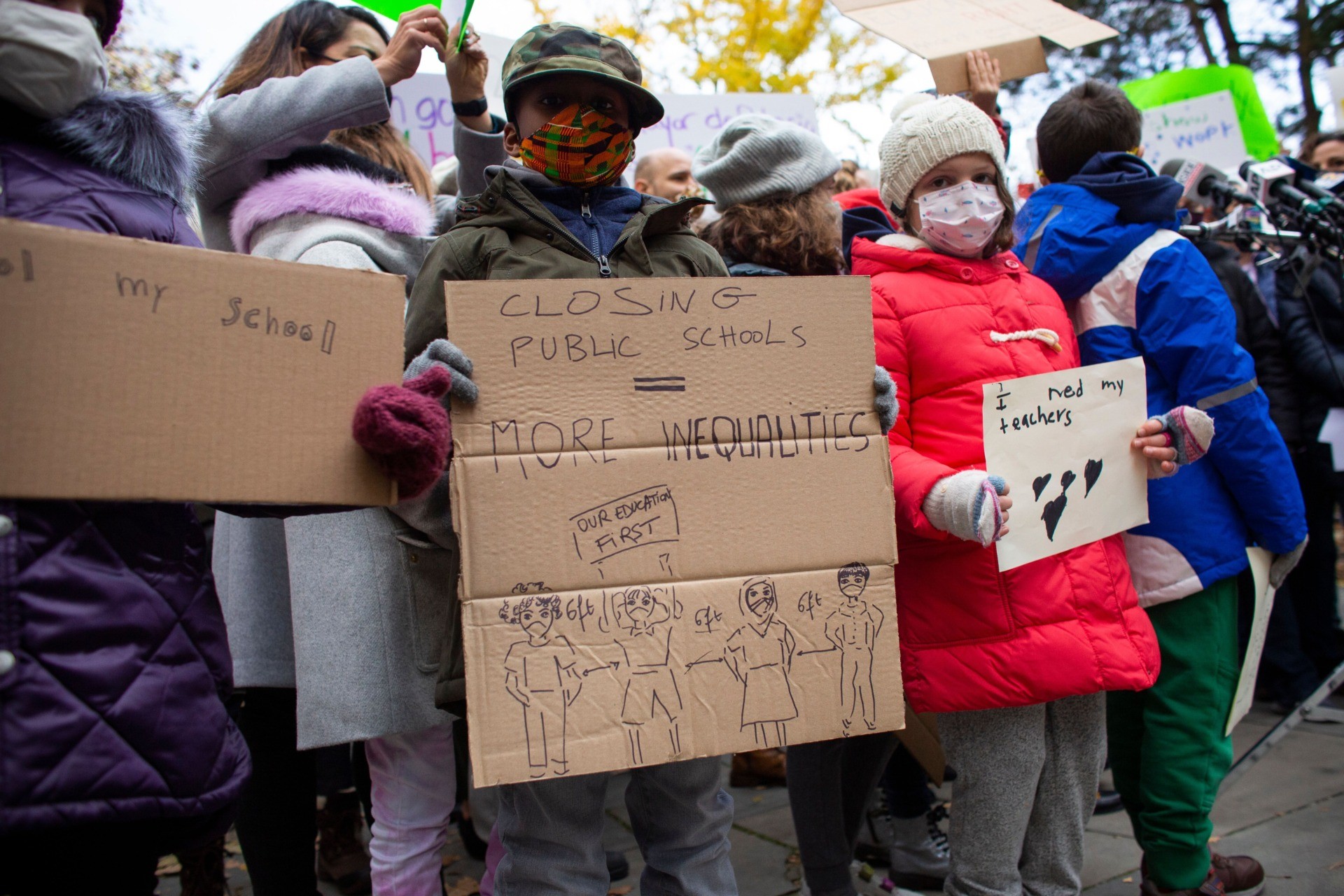 It’s clear Biden and the Democrats care more about their agenda than ensuring students’ academic success. They feel entitled to imposing their values and beliefs on your children.

But hold the line. Informed, involved, and engaged parents are the strongest defense between the next generation of citizens and those who would turn them into revolutionaries. Speaking out against Democrats’ egregious indoctrination isn’t just protected by the First Amendment. It’s our responsibility.

Ronna McDaniel is the chairwoman of the Republican National Committee (RNC).

First seen at © Breitbart, Exclusive—Ronna McDaniel: Democrats Think They Can Raise Your Kids Better Than You Can