Americans are rejecting Disney’s dive into “woke” politics, and disapprove of the firing of “Mandalorian” standout Gina Carano, exclusive polling data has found.

“Corporate America’s lunge into ‘wokeness’ and cancel culture might hit a bump in the road given public reaction to Disney’s recent actions,” pollster Neil Newhouse of Public Opinion Strategies concluded, assessing data from a recent survey conducted Feb. 26 to Mar. 3.

Among other recent Disney news, participants of all stripes — Republicans, Democrats, and Independents — were asked questions concerning Disney’s ties to China, the company’s threat to abandon doing work in Georgia over pro-life legislation, and the recent firing of Carano over an allegedly offensive social media post. Notably, participants were shown the social media post in question from Carano, and overwhelmingly thought the firing was unjustified — 72%-28%.

“With at least half of Americans opposing each of the Disney actions tested and also being less likely to watch Disney programming, companies may be wise to slow the stampede to ‘wokeism,’” Newhouse detailed. “This data clearly shows that actions like the ones Disney has taken recently definitely have the potential to negatively impact its bottom line.”

When first asked, Americans were found to oppose Disney’s decision to fire Carano by 58%-42%, including a majority of Americans across all age groups, gender, and ethnicity; majorities of Republican and Independents similarly opposed the firing, as well as 40% of Democrats.

Honing-in on Carano, the polling data found that more than 70% of Americans believe the actress should not have been fired after assessing the social media post for themselves.

After reviewing the post, 28% said Disney was right to fire Carano, 39% said it may have been poorly worded, but she did not deserve to get fired, and 34% said they found nothing wrong with the quote and that Carano should not have been fired.

The opposition to Carano’s firing even held true with Democrats and liberals: “After viewing the post, a majority of every single group tested, including Democrats, liberals and 70% of Disney fans said that Carano should not have been fired,” Public Opinion Strategies found.

Notably, 61% of those with a “less favorable” impression of Disney identified the firing of Carano and other “cancel culture” actions the company has taken recently.

Some of the comments from the participants included the following:

“Disney defended using sets near the slave camps in China.”
“Them firing people for having different views than the boss has.”
“They are yielding to woke cultural activism.”
“They are developing a full-blown cancel culture.”
“They caved to the liberals of the cancel culture. If she had liberal views, she would be hailed as a champion.”
“They fired an actress who dared to be conservative.”

The survey also found that 64% of Americans oppose Disney’s decision to close down popular rides at its theme parks after activists said the rides have racist origins and messages; only 36% approved. Notably, Americans of color also oppose the decision, as well as 60% of Disney fans.

In the same vein, Americans were predictably displeased with the company’s “political correctness.”

“By a 65%-35% margin, Americans believe that companies like Disney have taken political correctness too far, including a majority of every age group tested, 90% of Republicans, 60% of Independents and 47% of Democrats,” the survey found.

By 54%-46%, Americans were also found to oppose Disney’s threat to cease doing business in Georgia after the state’s government passed pro-life legislation banning abortions when a fetal heartbeat is detected. “This decision is opposed by 50% of women and a majority of Republicans and Independents as well as nearly one-third (31%) of Democrats,” the poll found.

Additionally, a mere 25% of Americans said Hollywood was not biased against conservatives.

Bringing in the most agreement, data shows that a stunning 84% of Americans oppose Disney’s decision to film a movie in China as the Communist country allegedly engages in genocide of one of China’s minority groups, the Uyghur people.

Disney’s recent actions were found to make a majority of Americans feel less favorable to the company and less likely to watch Disney programming: “After hearing about actions that Disney has recently taken, fully 60% of Americans say they have a less favorable impression of the company, and 58% say they are less likely to watch Disney programming,” the polling firm found. 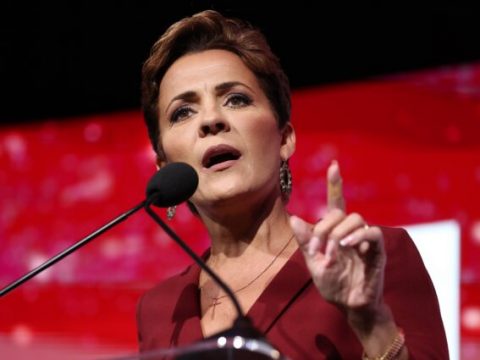